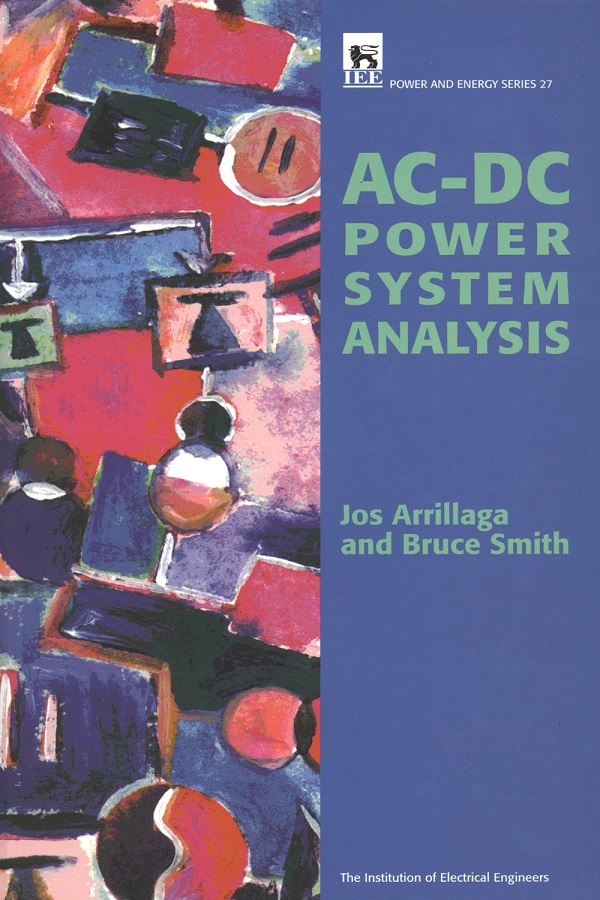 
With the expansion of HV DC transmission throughout the world, and the increasing numbers of international interconnections, few power systems can continue to escape the effect of this technology in their planning and operation. The primary subject of this book is the incorporation of AC-DC converters and DC transmission in power system analysis. However, the concepts and methods described are also applicable to the FACTS (flexible AC transmission systems) technology.

As well as conventional power flows, faults and stability, the book describes the simulation of power system steady-state waveform distortion and transient behaviour. The modelling of power electronic devices in electromagnetic transient programs is given prominence, as these programs have become the 'workhorse' of power system design.

This graduate-level text should be of interest to practising engineers and researchers involved in the solution of modern power system problems. It will also be a useful reference for advanced electrical engine ering students.

Jos Arrillaga received the PhD and DSc degrees in 1966 and 1980, Respectively, from UMIST, Manchester, UK, where he led the Power Systems Group between 1970 and 1974. Since 1975, he has been a Professor of Electrical Engineering at the University of Canterbury, New Zealand. He is the author of five other books, several book chapters and about 300 other publications. He is a Fellow of the IEE, IEEE and the Academy of Sciences and Royal Society of New Zealand. He was the recipient of the 1997 Uno Lamm medal for his contributions to HV DC transmission.

Bruce Smith completed a BSc in Mathematics in 1989, a BE (with First Class Honours) in 1992 and a PhD in 1996 at the University of Canterbury. His PhD topic was the harmonic domain modelling of HV DC plant, and it has resulted in numerous publications, including a book. Since completing his PhD, he has been employed as a temporary lecturer at the University of Canterbury and has participated in a government financed project on power quality. His current research is directed towards the modelling of networks of power electronic devices.