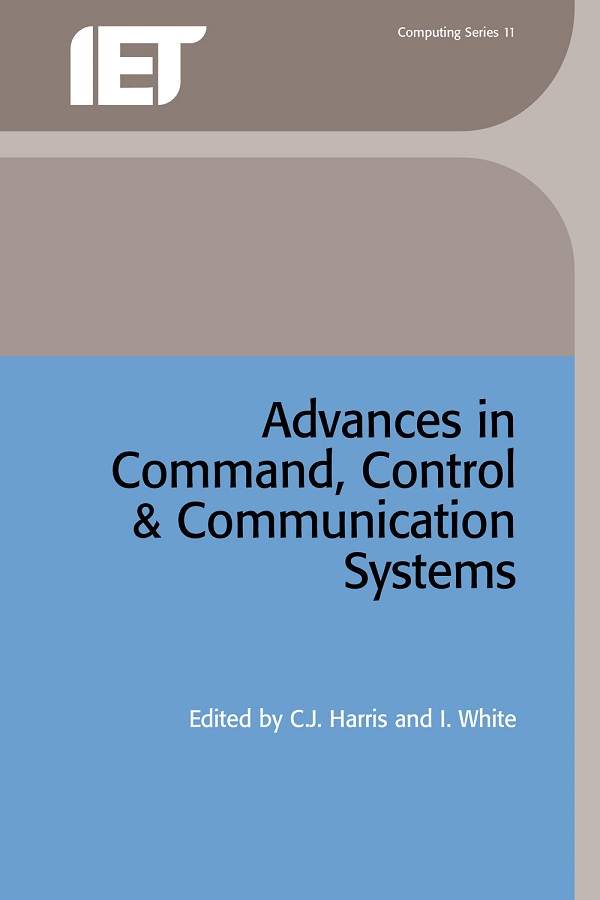 Edited by C.J. Harris, I. White


This book describes some of the developments in Command, Control and Communication (C3) systems. The topics cover the design of large real-time man-machine systems, which are now a vital area of intensive scientific and financial investment. C3 systems are for complex resource management and planning, and although this has a predominantly military connotation, similar systems are now developing in civil sector applications, public utilities and banking.

Topics discussed include the design and structure of C3 systems, databases, standards, the man-machine interface, and advanced processing, including the sensor data fusion and artificial intelligence. It is the multifaceted nature of C3 that this book seeks to capture. The subject is too vast to survey comprehensively but this text offers the reader an important insight into this critically important aspect of modern technology.

Christopher J. Harris is the Lucas Professor of Aerospace Systems Engineering at Southampton University. He has held previous teaching appointments at Oxford and Hull Universities, UMIST and the Royal Military College of Science, Cranfield, where he developed the College's IT and C3I teaching and research activities. Harris is a Fellow of the Institute of Mathematics and its Applications, a member of the IET and a Chartered Engineer. He also acts on several IMA, IET, CNAA, AFCEA, NATO and IFAC committees. His research interests have included stability theory, stochastic control and estimation, mobile autonomous intelligent vehicles and IKBS in command and control. Professor Harris is the author of research books on kinematic similarity and on the stability of input/output systems, editor of several systems theory books, and on the editorial board of the IMA Journal on Mathematical Control and Information Theory.

Dr Ian White gained his Ph.D. in 1971 from the University of Birmingham for research on target recognition using high-resolution radar, subsequently working in industry on pattern recognition, radar and navigation systems design and signal processing. In 1977 he joined the Admiralty Research Establishment, working first on electronic warfare assessments and then on automatic tracking algorithms for radar and data fusion. Dr White was a founder member of the ARE artificial intelligence section and in 1981 he was promoted to superintendent of the Command and Control Division. His interests include systems architecture and design methodologies, standards and artificial intelligence for command and control. He is a member of the IET.