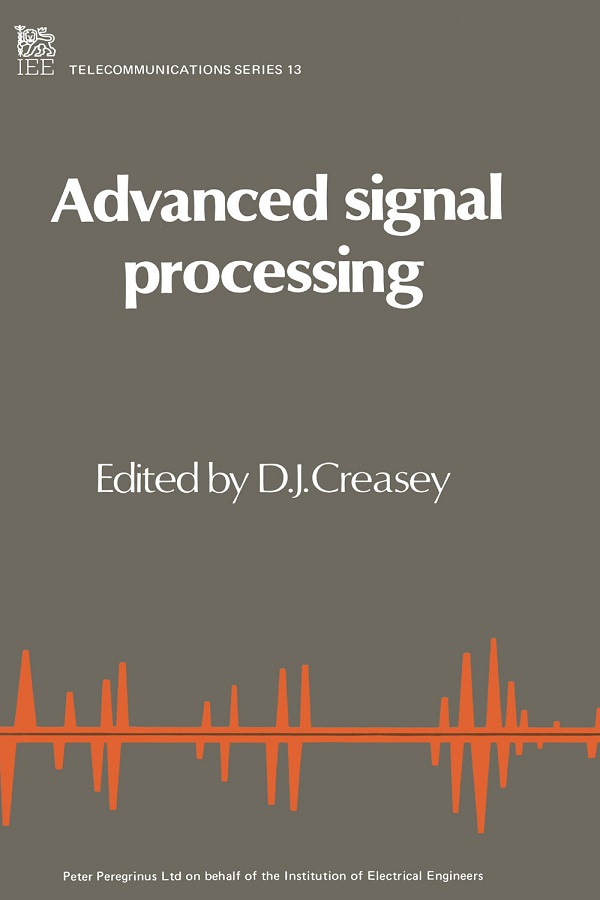 
The IEE in association with the IEEE and IERE organised an international specialist seminar on Advanced Signal Processing in Radar, Sonar and Communications, in September 1984. The Seminar was held at the University of Warwick and this book contains a collection of the papers presented. Some of the material is of a tutorial nature while some of it represents the latest state-of-the-art. Inevitably, because signal processing is limited by the components available, the subject matter ranges from the individual components and their impact on signal processing, through to the design and assessment of complete systems. The individual contributions come from industry, educational establishments and government research laboratories in the UK and the USA. The order of presentation in the book mainly follows the order in which the papers were presented at the seminar.

David Creasey joined GEC (Telecommunications) Limited, Coventry, on a 5-year apprenticeship. As part of this apprenticeship he attended Southampton University, where he graduated with a first-class honours degree in Electrical Engineering in 1961. In 1963, he was appointed Hirst Research Fellow at the University of Birmingham. In 1966 he was awarded his PhD for studies involving realiability in computing systems. Subsequently he became a lecturer, and then senior lecturer, in the Department of Electronic and Electrical Engineering at Birmingham, where his main research interests have concerned signal processing for sonar systems. He is now Director of the Wolfson Underwater Acoustics Unit at the University. He has served on a number of outside bodies and is presently a member of the IEE Professional Group Committee E15 (Radar, Sonar, Navigation and Avionics).