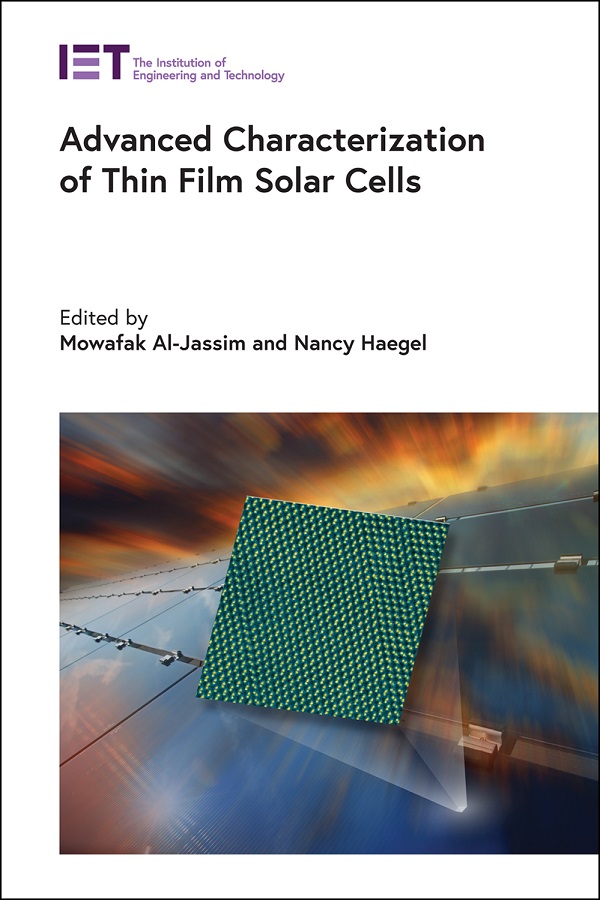 
Polycrystalline thin-film solar cells have reached a levelized cost of energy that is competitive with all other sources of electricity. The technology has significantly improved in recent years, with laboratory cell efficiencies for cadmium telluride (CdTe), perovskites, and copper indium gallium diselenide (CIGS) each exceeding 22 percent. Both CdTe and CIGS solar panels are now produced at the gigawatt scale. However, there are ongoing challenges, including the continued need to improve performance and stability while reducing cost. Advancing polycrystalline solar cell technology demands an in-depth understanding of efficiency, scaling, and degradation mechanisms, which requires sophisticated characterization methods. These methods will enable researchers and manufacturers to improve future solar modules and systems.

This work provides researchers with a concise overview of the status of thin-film solar cell technology and characterization. Chapters describe material systems and their properties and then provide an in-depth look at relevant characterization methods and the learning facilitated by each of these.

Mowafak Al-Jassim is a senior research fellow at the National Renewable Energy Laboratory (NREL) and manages the Analytical Microscopy and Imaging Science group. His research interests include multiscale characterization of the structural, chemical, interfacial, electro-optical, and electrical properties of bulk and thin-film semiconductors by (scanning) transmission electron microscopy, cathodoluminescence, electron-beam-induced current, atomic force microscopy, and other techniques. His work has involved developing Si, III–V, and thin-film solar cells. He has published more than 500 articles in peer-reviewed journals and conference proceedings.

Nancy Haegel is the director of the Materials Science Center in the Materials and Chemical Science and Technology Directorate at the National Renewable Energy Laboratory (NREL), USA. Her research interests include imaging of electronic and energy transport and characterization of semiconductor materials and devices. Her awards include the NPS Schieffelin Award for Teaching Excellence, the 2004 APS Prize for Research at an Undergraduate Institution, a Humboldt Research Fellowship in Germany and the U.S. Fulbright Senior Scholar at Hebrew University. She has authored some 125 publications.