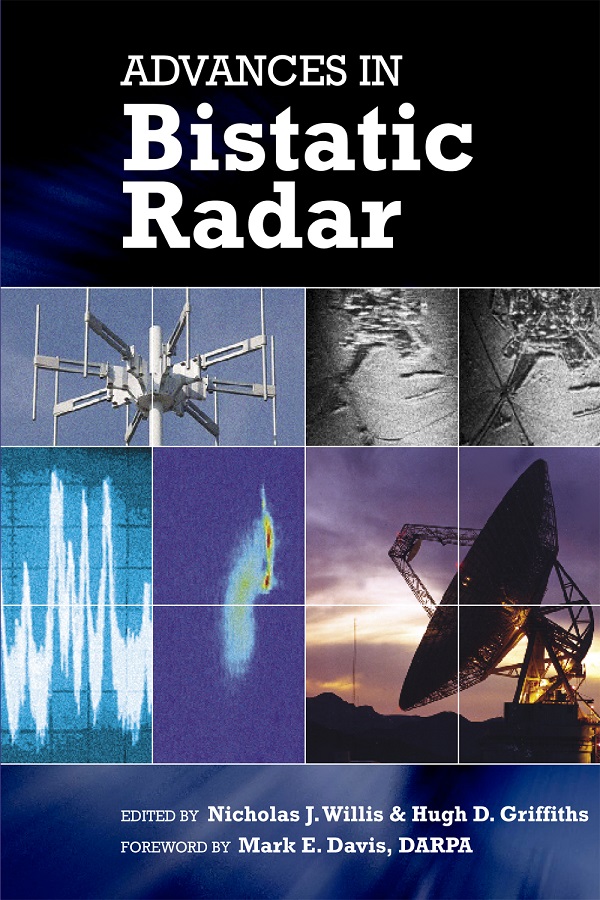 Nick Willis spent his entire career in the U.S. military industrial complex. He served in the U.S. Navy on destroyer duty and testing naval radars at White Sands Missile Range. He then worked on radars and electronic warfare with Philco-Ford, SRI International and Systems Control, Inc. In 1976 he rejoined the U.S. government at the Defense Advanced Research Projects Agency to work on stealth radars and vehicles. He rejoined industry for 17 years designing and evaluating radars at Technology Service Corp. and Westinghouse Electric Corp. Today, Mr. Willis consults for government and industry.

Hugh Griffiths received PhD and DSc(Eng) degrees from the University of London. From 1982-2006 he was with University College London. Since 2006 he has been Principal of the Defence College of Management and Technology, Cranfield University, which is part of the UK's Defence Academy. His research interests include radar and sonar systems, signal processing (particularly synthetic aperture radar and bistatic and multistatic radar), as well as antennas and antenna measurements. He has published over 300 papers and technical articles.

Hugh Griffiths has received numerous awards and he serves on the IEEE AESS Board of Governors, on the IEEE AESS Radar Systems Panel, and as Editor-in-Chief of IET Proceedings on Radar, Sonar and Navigation. He served as Chairman of the IEE International Radar Conference RADAR 2002 in Edinburgh, UK and he has advisory roles for the UK Ministry of Defence.

He is a Fellow of the IET and the IEEE and, in 1997, he was elected to Fellowship of the Royal Academy of Engineering.