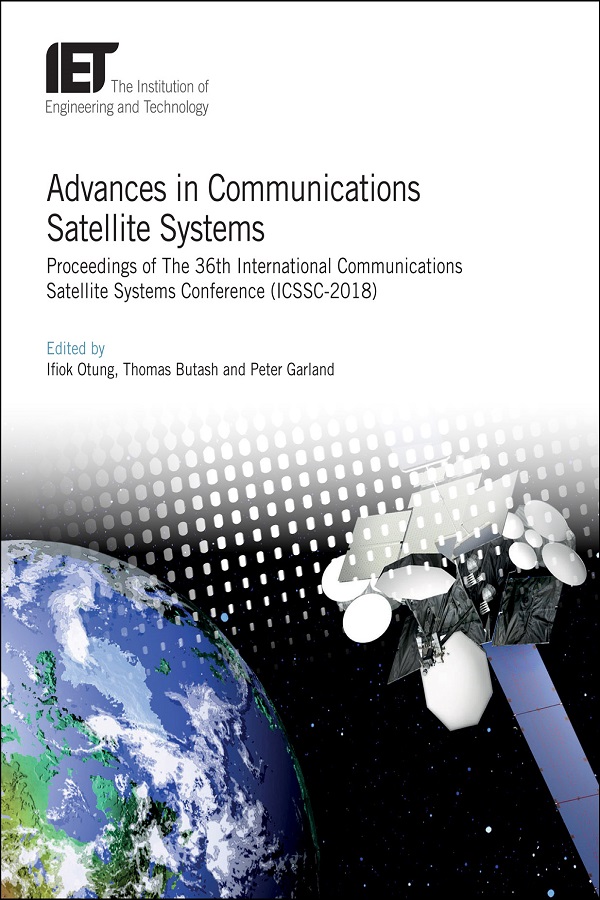 
The International Communications Satellite Systems Conference (ICSSC) is one of the most influential technical conferences in the field. The 36th edition was held in October 2018 in Niagara Falls, Canada. These proceedings present a broad spectrum of space communications topics from the conference, from the evolution of GEO from traditional area coverage to Ultra High Throughput Satellites (UHTS), the growing number of mega constellations expected to enter service in the next decade, navigation applications such as vehicle autonomy, wideband data backhaul from scientific and remote sensing payloads in LEO, and the extension of the 5G network to near earth, lunar and deep space environments in support of human exploration.

Thomas Butash founded Innovative Aerospace IS in 2011 to provide consulting services on state-of-the-art aerospace information systems (IS), with a focus on communications satellite systems design. Previously, he was a Technical Director and Engineering Fellow at BAE Systems (formerly Lockheed Martin, Loral and IBM) Space Systems & Electronics, with more than 30 years' experience in communications satellite systems development.

Peter Garland has worked on Satellite Communications in Canada for well over 35 Years. During that time he has been involved in nearly every program where the state of art was moved forward. In the mid-nineties he led studies that eventually resulted in the flight of an advanced Ka Band digital processing payload on the Anik F2 satellite. He also led the team that first developed and promoted the DVB-RCS standard for two way satellite communications. Peter was recently presented with the 2014 American Institute of Aeronautics and Astronautics (AIAA) award for achievement in Aerospace Communications, only the second Canadian and the second UK born recipient to be presented with this international award. He is also currently Chairman of the Communications Systems Technical Committee of the AIAA.