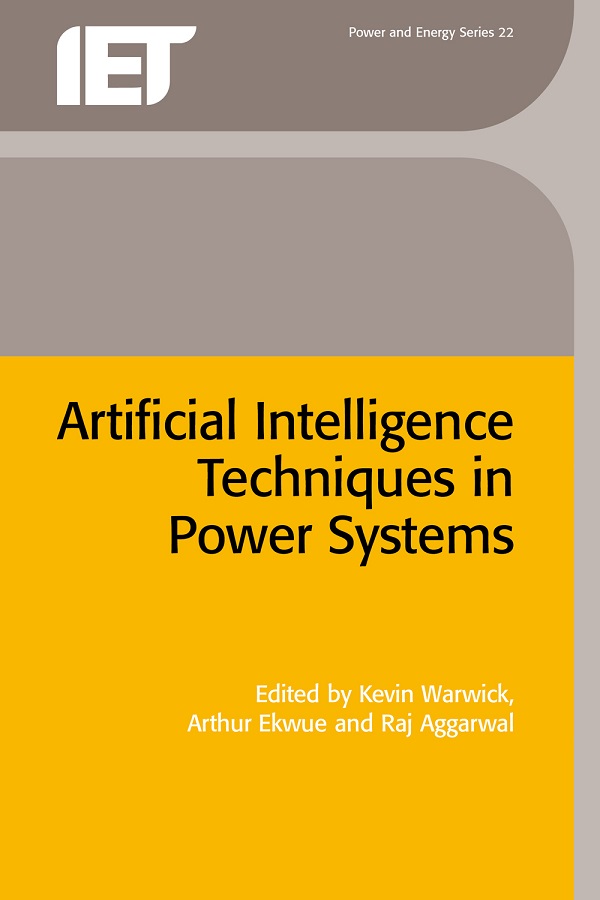 
Research in artificial intelligence has developed many techniques and methodologies that can be either adapted or used directly to solve complex power system problems. A variety of such problems are covered in this book including reactive power control, alarm analysis, fault diagnosis, protection systems and load forecasting. Methods such as knowledge-based (expert) systems, fuzzy logic, neural networks and genetic algorithms are all first introduced and then investigated in terms of their applicability in the power systems field. The book, therefore, serves as both an introduction to the use of artificial intelligence techniques for those from a power systems background and as an overview of the power systems implementation area for those from an artificial intelligence computing or control background. It is structured so that it is suitable for various levels of reader, covering basic principles as well as applications and case studies. The most popular methods and the most fruitful application fields are considered in more detail. The book contains contributions from top international authors and will be an extremely useful text for all those with an interest in the field.

Kevin Warwick is Professor of Cybernetics at the University of Reading, UK. He previously held positions at Oxford, Newcastle and Warwick Universities and has higher Doctorates from both Imperial College, London, and the Czech Academy of Sciences, Prague. He was an Honorary Editor of the IEE Proceedings on Control Theory and Applications and is actively involved in research into artificial intelligence, control and robotics.

Arthur Ekwue obtained a BSc (Eng) degree in Electrical Engineering from the University of Nigeria, Nsukka. He came to Imperial College in 1979 and was awarded a PhD degree in Power Systems in 1982. He obtained the MBA degree in 1994 from City University. Dr Ekwue is a Chartered Engineer and currently with National Grid Company plc's Technology and Science Division as the Senior Project Engineer responsible for artificial intelligence applications within the Power Systems and Business Modelling Section.

Rag Aggarwal received his BEng and PhD degrees in Electrical Engineering from the University of Liverpool and joined the University of Bath in 1973 where he is now a reader in the Power and Energy Systems Group. He is the author of over 200 refereed papers and the recipient of two Learned Society premium awards for papers published in IEE journals. His areas of research are power system modelling, digital protection, fibre optics and AI in power system protection and control.