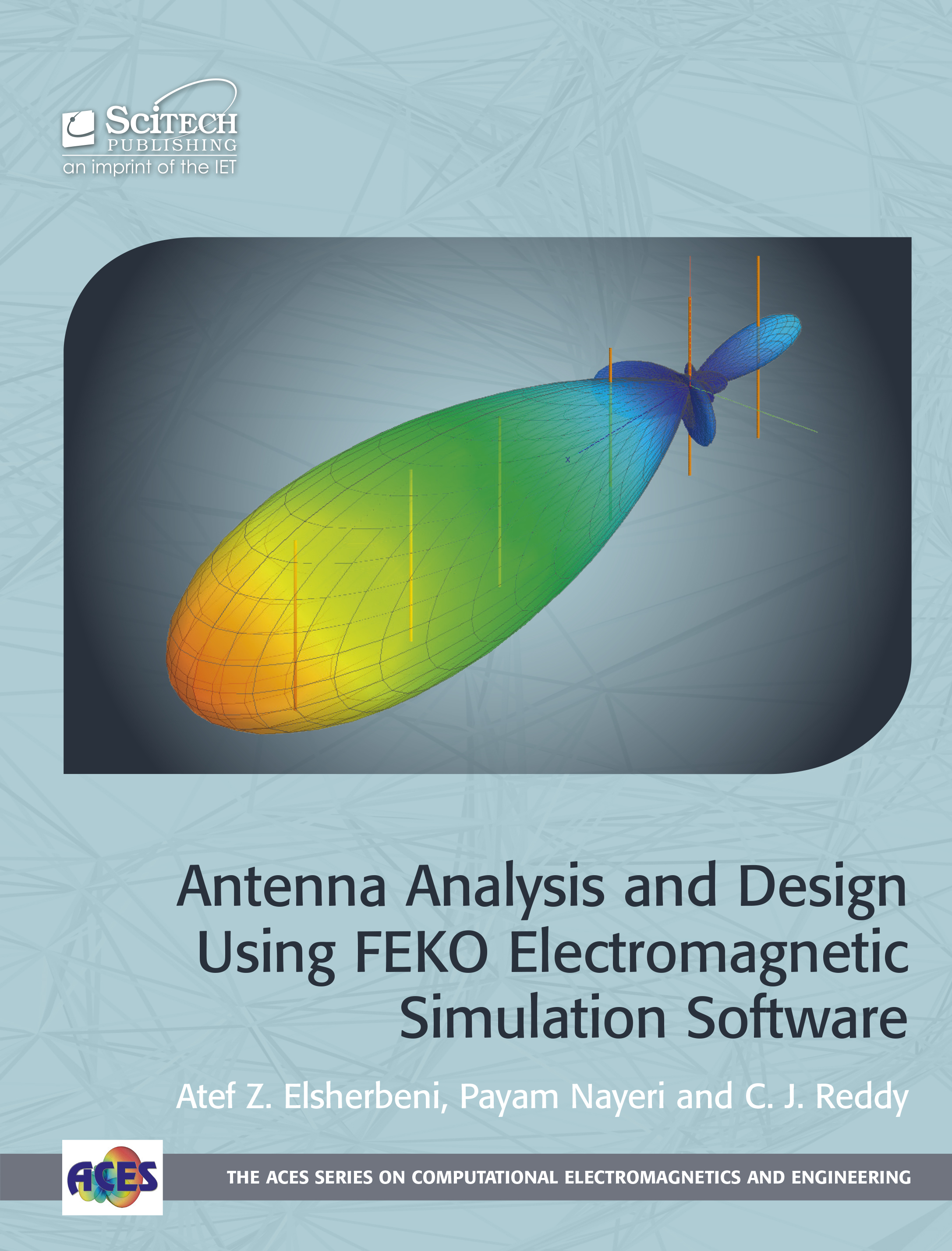 
The objective of this book is to introduce students and interested researchers to antenna design and analysis using the popular commercial electromagnetic software FEKO. This book, being tutorial in nature, is primarily intended for students working in the field of antenna analysis and design; however the wealth of hands-on design examples presented in this book along with simulation details, makes it a valuable reference for practicing engineers. The requirement for the readers of this book is to be familiar with the basics of antenna theory; however electrical engineering students taking an introductory course in antenna engineering can also benefit from this book as a supplementary text.

The key strengths of this book are as follows: First, the basics of antenna simulation will be presented in a detailed, understandable, and easy to follow procedure through study of the simplest types of radiators, i.e. dipole and loop antennas, in chapters 2 and 3. This will build the fundamental knowledge a student would need in order to utilize antenna simulation software in general. Second, comparison between theoretical analysis and full-wave simulation results of FEKO are given for a variety of antenna types, which will aid the readers with a better understanding of the theory, approximations and limitations in the theoretical analysis, and solution accuracy. Third, and of paramount importance, is the visualization of the antenna current distribution, radiation patterns, and other radiation characteristics that are made available through full-wave simulations using FEKO. A proper analysis of the radiation characteristics through these visualizations serves as a powerful educational tool to fully understand the radiation behaviour of antennas

Payam Nayeri received his B.S. in applied physics from Shahid Beheshti University, Tehran, in 2004, his M.S. in electrical engineering from Iran University of Science and Technology, Tehran, in 2007, and his Ph.D. in electrical engineering from the University of Mississippi, in 2012. In January 2014 he became a postdoctoral fellow in the Department of Electrical Engineering and Computer Science at the Colorado School of Mines. His research interests include array and reflect-array antennas, reflector and lens antennas, multi-beam and beam-scanning arrays, microstrip antennas, computational methods, and optimization in electromagnetics, and antenna measurement techniques.Dr Nayeri is a member of IEEE and ACES and has coauthored more than 40 technical journal and conference papers.

C.J. Reddy is President of EM Software & Systems (USA) Inc. based in Hampton, Virginia. He is also the President of Applied EM, Inc. specializing in innovative antenna designs. He is a Senior Member of the IEEE and the Antenna Measurement Techniques Association, as well as a Fellow of ACES.