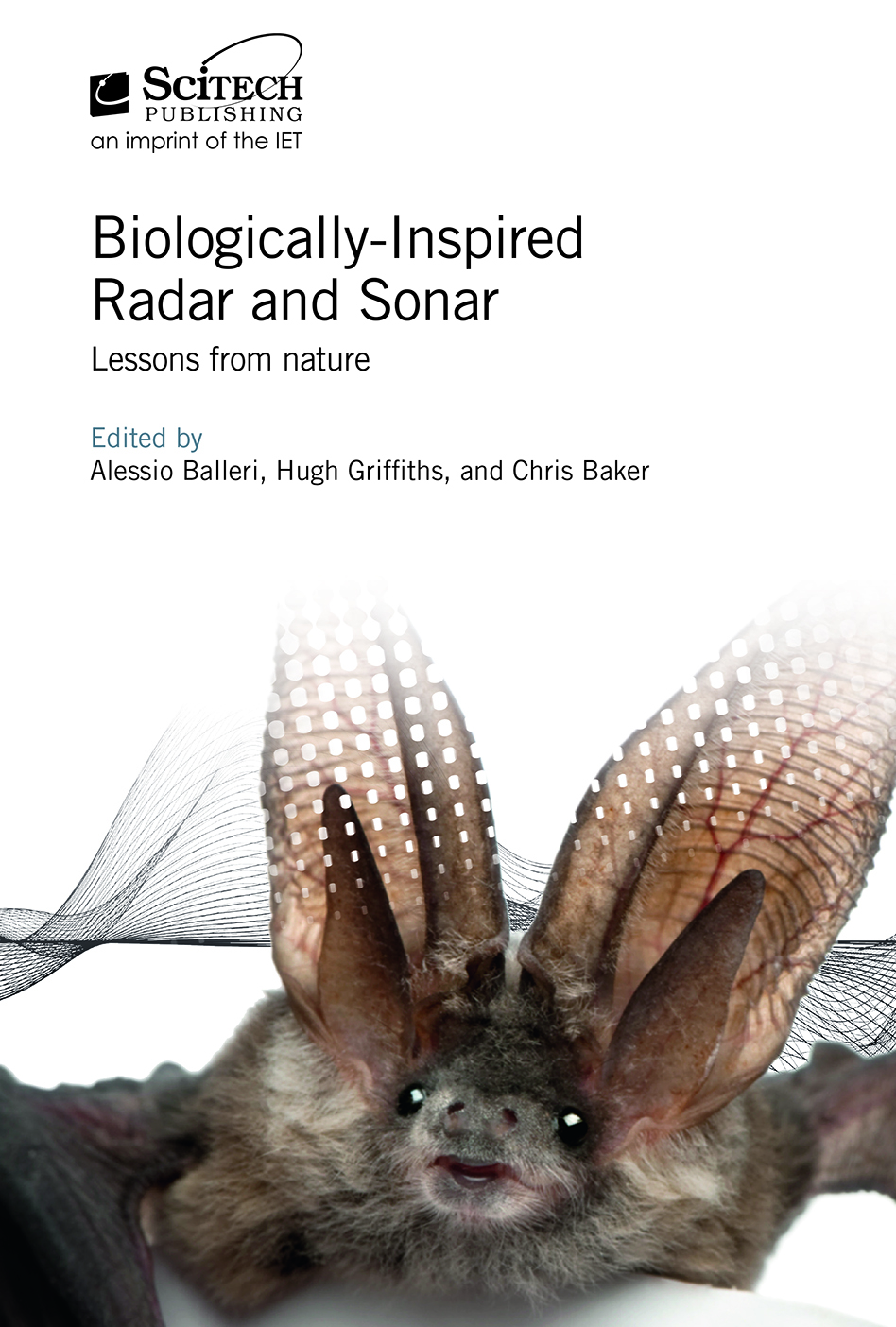 
Nature presents examples of active sensing which are unique, sophisticated and incredibly fascinating. There are animals that sense the environment actively, for example through echolocation, which have evolved their capabilities over millions of years and that, as a result of evolution, have developed unique in-built sensing mechanisms that are often the envy of synthetic systems.

This book presents some of the recent work that has been carried out to investigate how sophisticated sensing techniques used in nature can be applied to radar and sonar systems to improve their performance. Topics covered include biosonar inspired signal processing and acoustic imaging from echolocating bats; enhanced range resolution: comparison with the matched filter; air-coupled sonar systems inspired by bat echolocation; analysis of acoustic echoes from bat-pollinated plants; the biosonar arms race between bats and insects; biologically inspired coordination of guidance and adaptive radiated waveform for interception and rendezvous problems; cognitive sensor/ processor system framework for target tracking; the biosonar of the Mediterranean bottlenose dolphins; human echolocation; and polarization tensors and object recognition in weakly electric fish.

Biologically-Inspired Radar and Sonar is essential reading for radar and sonar practitioners in academia and research, governmental and industrial organisations, engineers working in signal processing and sensing, and those with an underlying interest in the interaction between natural sciences and engineering.

Professor Hugh Griffiths holds the THALES/Royal Academy of Engineering Chair of RF Sensors at University College London. His research interests include radar sensor systems and signal processing as well as antennas and antenna measurement techniques. He has published over 500 papers and technical articles on these subjects. Professor Griffiths received the IET A F Harvey Research Prize in 2012 and the IEEE Picard Medal in 2017. He is Editor-in-Chief of the journal IET Radar, Sonar and Navigation.

Professor Chris Baker is Chief Technology Officer for Aveillant. He has been actively engaged in radar systems research since 1984 and is the author of over 250 publications in this field. He has won numerous awards for his research. Professor Baker has many collaborations with industry, government and academia and is a visiting Professor at, Ohio State University, UCL, Cranfield University, the University of Cape Town, Wright State University, Strathclyde University and Birmingham University and is a fellow of the IET and IEEE.