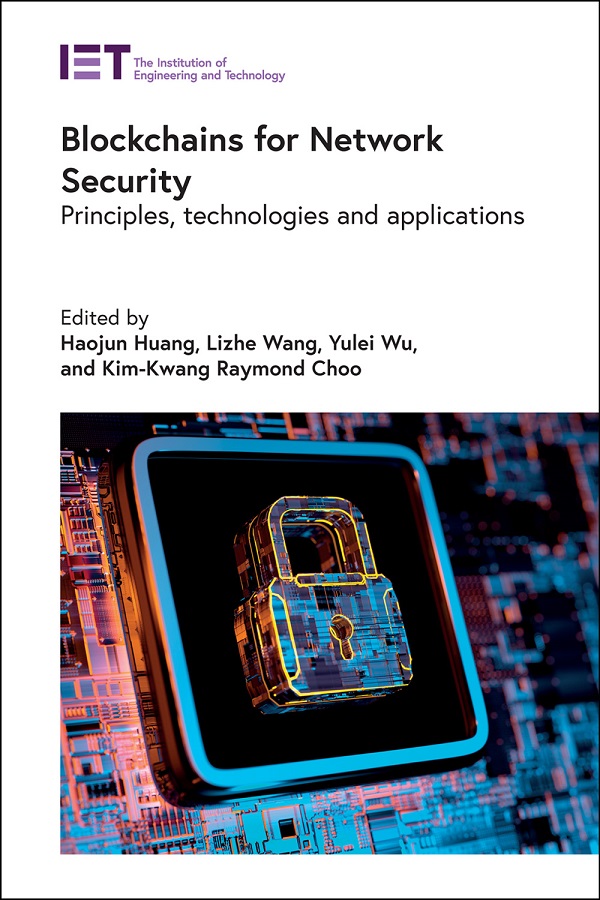 
Blockchain technology is a powerful, cost-effective method for network security. Essentially, it is a decentralized ledger for storing all committed transactions in trustless environments by integrating several core technologies such as cryptographic hash, digital signature and distributed consensus mechanisms.

Over the past few years, blockchain technology has been used in a variety of network interaction systems such as smart contracts, public services, Internet of Things (IoT), social networks, reputation systems and security and financial services. With its widespread adoption, there has been increased focus on utilizing blockchain technologies to address network security concerns and vulnerabilities as well as understanding real-world security implications.

Haojun Huang is an associate professor at the School of Electronic Information and Communications, Huazhong University of Science and Technology, Wuhan, China. His current research interests include Internet of Things, Network Function Virtualization, Software-Defined Networking, and Artificial Intelligence for networking. He holds a Ph.D. degree in Communications Engineering from the University of Science and Technology of China.

Lizhe Wang is the Dean and “ChuTian” chair professor at the School of Computer Science, China University of Geosciences (CUG), and a professor at the Institute of Remote Sensing and Digital Earth, Chinese Academy of Sciences (CAS), China. His research interests include cloud computing, HPC, e-science, and spatial data processing. He is a fellow of the British Computer Society and the IET and a series board member of the IET Book Series on Big Data.

Yulei Wu is a senior lecturer with the Department of Computer Science, College of Engineering, Mathematics and Physical Sciences, University of Exeter, United Kingdom. His main research focuses on computer networks, networked systems, software-defined networks and systems, network management, and network security and privacy. He is an associate editor of IEEE Transactions on Network and Service Management and an area editor of Computer Networks (Elsevier).

Kim-Kwang Raymond Choo holds the Cloud Technology Endowed Professorship at the University of Texas at San Antonio, United States. He is the recipient of various awards, including the 2019 IEEE Technical Committee on Scalable Computing (TCSC) Award for Excellence in Scalable Computing (Middle Career Researcher).