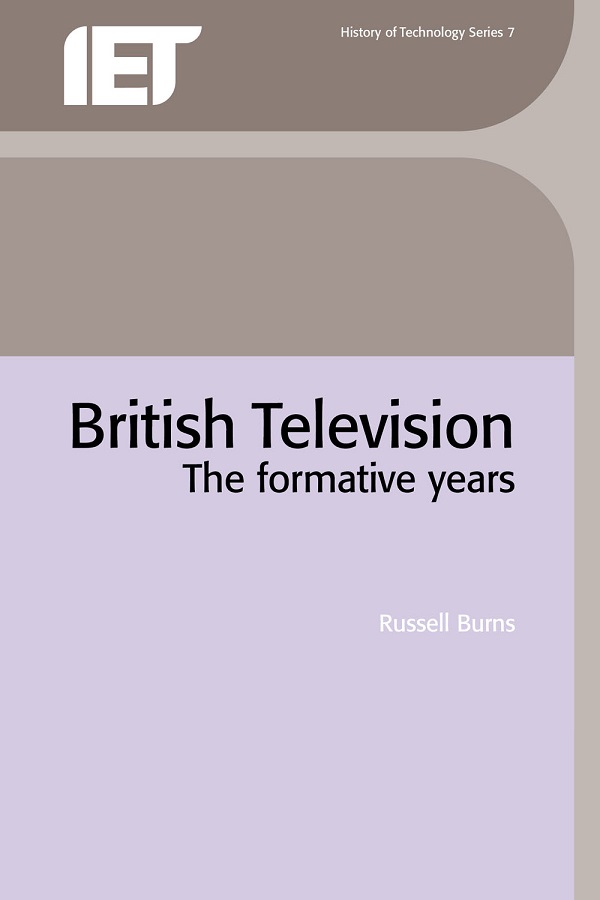 
On 2 November 1936 the world's first high definition television station was inaugurated at Alexandra Palace. Two competing companies, Marconi-EMI Television Company Ltd and Baird Television Ltd, provided studio and transmitting equipment for the new service which operated, on an alternate basis, with the systems of the two companies. After a trial period the 405-line system of the Marconi-EMI company was adopted and the last transmission by the 240-line system of Baird Television Ltd was sent out on 30 January 1937.

This book is concerned with the history of British television for home reception from 1922/23 to 1939, when the London Station closed down for the war years. Great care has been taken to ensure that an unbiased, accurate history has been written and the work is based predominantly on written primary source material. More than 900 references are given in the text, which is illustrated with many photographs and illustrations.

An endeavour has been made to present a balanced history rather than a purely technical history. Thus the book considers the factors - technical, financial and general - which led to the establishment of the world's first, all-electronic, public, regular, high definition television broadcasting service.

Russell W. Burns graduated from the University of Durham in 1948 with a first class honours degree in physics. Following post-graduate research he joined the Royal Naval Scientific Service in 1952. Professor Burns subsequently held various appointments in higher education in the UK and abroad, obtaining his PhD from the University of Leicester in 1976, and retired in 1989. He has been researching and writing on the history of electrical engineering for more than 30 years. He was awarded the IEE's SET Divisional Board Premium in 1993 and shared the Maxwell Premium in 1994. An IET Fellow, Professor Burns is a past chairman of the IEE's History of Technology professional group, Archives Committee and Science Education and Technology Divisional Board.