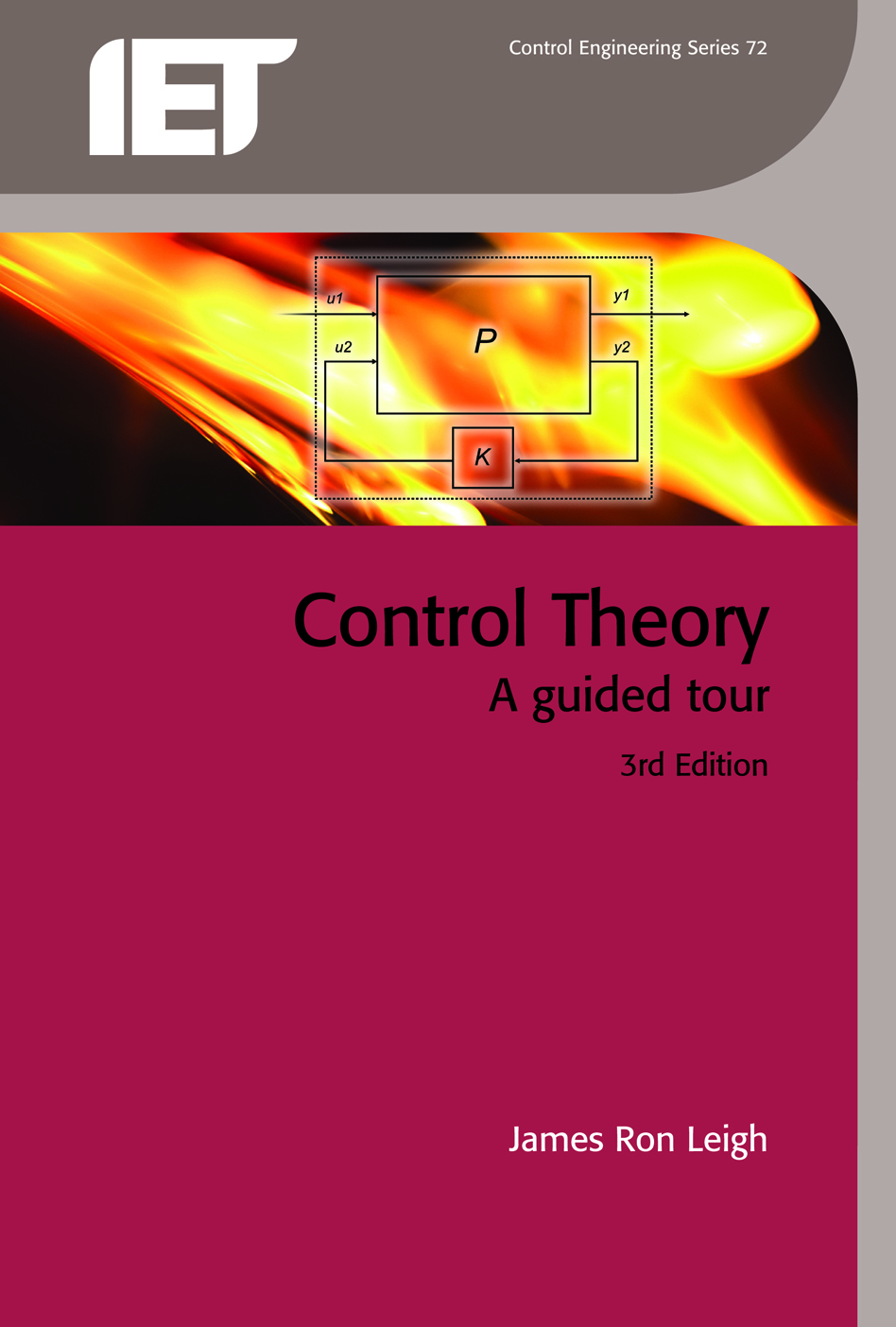 
Using clear tutorial examples, this fully updated new edition concentrates on explaining and illustrating the concepts that are at the heart of control theory.

It seeks to develop a robust understanding of the underlying principles around which the control subject is built. This simple framework is studded with references to more detailed treatments and also has interludes that are intended to inform and entertain.

The book is intended as a companion on the journey through control theory and although the early chapters concentrate on fundamental ideas such as feedback and stability, later chapters deal with more advanced topics such as state variables, optimisation, estimation, Kalman filtering and robust control.

Professor James Ron Leigh (C Eng., C Math., FIET, FIMA) studied Electrical Engineering at Sheffield College of Technology, winning the Freshgate Scholarship. He has an MSc in Maths and a PhD in Control Engineering. He worked as a Systems Engineer at United Steel Companies and as Head of Control Systems Development at British Steels Corporate Labs. As Post-Above-Reader at the University of Westminster, he set up university-wide interdisciplinary research projects and was Founder/Director of the Industrial Control Centre and the Government/Industry funded Advanced Control Club. His specialisation continues to be assisting the transfer of useful technology from academia to industry. He has served the IET in several capacities, particularly in relation to control applied to biotechnology.