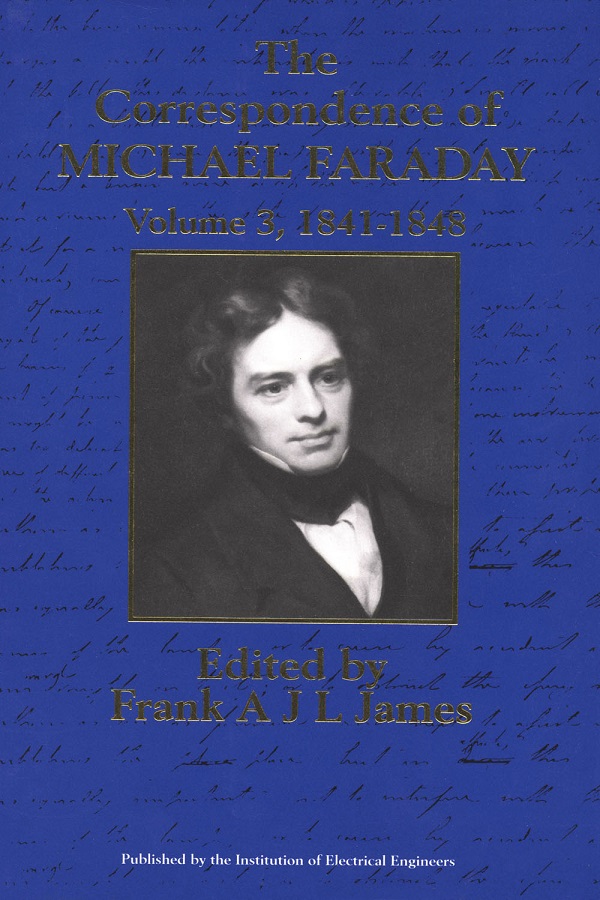 
Michael Faraday (1791-1867) was one of the most important men of science in nineteenth century Britain. His discoveries of electromagnetic rotations (1821) and electro-magnetic induction (1831) laid the foundations of the modern electrical industry. His discovery of the magneto-optical effect and diamagnetism (1845) led him to formulate the field theory of electro-magnetism, which forms one of the cornerstones of modern physics.

These and a whole host of other fundamental discoveries in physics and chemistry, together with his lecturing at the Royal Institution, his work for the state, his religious beliefs and his lack of mathematical ability, make Faraday one of the most fascinating scientists ever.

All these aspects of his life and work, and others such as his illnesses, are reflected in his correspondence. This volume, in which nearly 75% of the letters are previously unpublished, covers most of the 1840s. During the early part of this period, Faraday's scientific productivity declined markedly, but in 1845 he discovered the magneto-optical effect and diamagnetism, which allowed him to argue for his views on the nature of matter. In his work for the state, Faraday conducted, with Charles Lyell, the inquiry into the Haswell Colliery disaster in 1844. Since the publication of Volume 2, Faraday's correspondence with Trinity House, previously thought destroyed, has been found. These letters illustrate the crucial role which Faraday played in the development of the lighthouse service in the middle third of the nineteenth century.

The Correspondence will be a valuable resource for historians and sociologists of science and technology, as well as historians of the nineteenth century and the industrial revolution. It will also be of great interest to electrical engineers, physicists and chemists who want to know more about one of the most eminent figures in their history.

Frank A.J.L. James is Lecturer in History of Science at the Royal Institution Centre for the History of Science and Technology. He has written on physics and chemistry in the nineteenth century and has reviously edited the Diary of Herbert McLeod, published by Mansell. With Geoffrey Cantor and David Gooding he has written the biography Faraday (Macmillan/Humanities Press). Frank James lives in Middlesex and is married with three children.