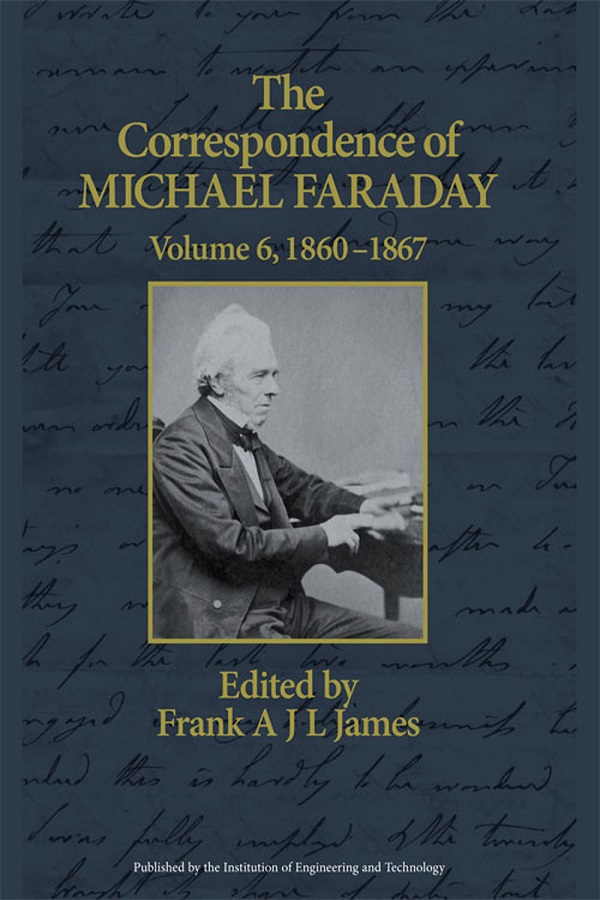 
Michael Faraday (1791-1867) was one of the most important men of science in nineteenth century Britain. His discoveries of electro-magnetic rotations (1821) and electro-magnetic induction (1831) laid the foundations of the modern electrical industry. His discovery of the magneto-optical effect and diamagnetism (1845) led him to formulate the field theory of electro-magnetism, which forms one of the cornerstones of modern physics. These and a whole host of other fundamental discoveries in physics and chemistry, together with his lecturing at the Royal Institution, his work for the state (including Trinity House), his religious beliefs and his lack of mathematical ability, make Faraday one of the most fascinating scientific figures ever. All these aspects of his life and work and others, such as his health, are reflected in his letters which, in this final volume, cover Faraday's life to his death in August 1867. Also published here are letters that could not be dated and letters that should have been included in volumes one to five but which had not been located when those volumes were published. In total just over 80% of the letters in this volume are previously unpublished. The dominant topic of the 1860s (covered in nearly 40% of the letters) is Faraday's involvement with the lighthouse service relating in particular to his advice to Trinity House and the Board of Trade on matters such as electric light and the controversial issue of fog signals. Also detailed is the complex process by which his various posts were transferred to John Tyndall. Similar issues existed with Faraday's gradual withdrawal from his duties at the Royal Institution, including the misguided attempt to make him President. And, of course, running through many of the letters are comments on his declining health and impending death. Major correspondents include the Astronomer Royal G.B. Airy, the Secretary of Trinity House P.H. Berthon, the Birmingham glassmaker J.T. Chance, the Assistant Secretary of the Board of Trade T.H. Farrer, the German mathematician Julius Plücker, the Cambridge trained mathematical natural philosophers James Clerk Maxwell and William Thomson, Faraday's colleagues at the Royal Institution Henry Bence Jones, John Tyndall and Benjamin Vincent, the Swiss chemist Christian Schoenbein and the astronomer James South.

Frank A.J.L. James is Professor of the History of Science at the Royal Institution, and past President of both the British Society for the History of Science and the Newcomen Society. He has written on nineteenth century physics and chemistry in their various contexts including Michael Faraday: A Very Short Introduction (2010) and a sesquicentenary edition of Faraday's The Chemical History of a Candle (2011). He has also edited a collection of essays on the history of the Royal Institution The Common Purposes of Life (2002).

Frank James lives in Middlesex and is married with three children.