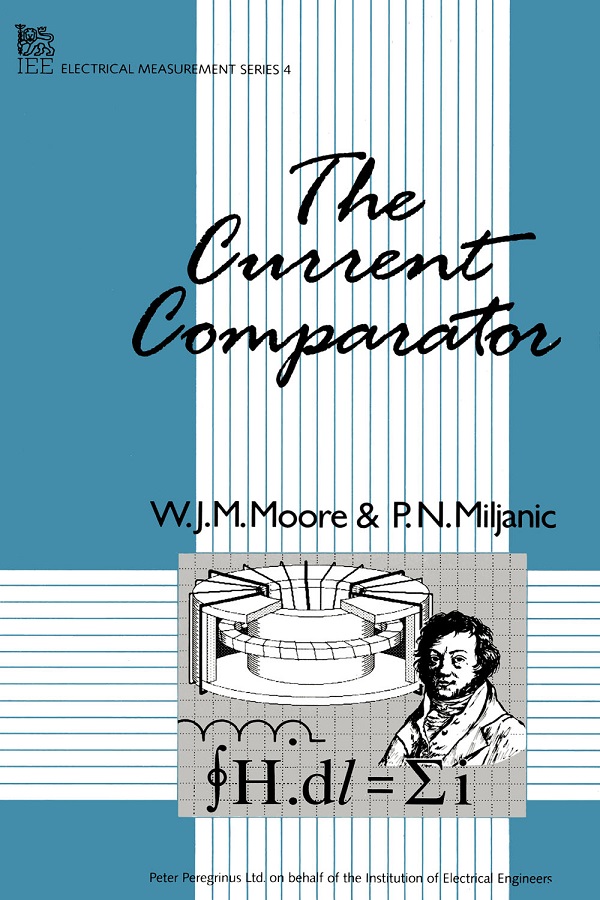 
In 1961, Moore and Miljanic in collaboration with N. L Kusters developed the current comparator, for which a patent was granted in 1964. Since that time they and their associates have applied this technique toward advancing the art of electrical measurement.

The book presents the basic theory of the current comparator, methods of construction leading to high ratio accuracies, and the operating principles of the various applications.

W.J M. Moore is a principal research officer in the Division of Electrical Engineering of the National Research Council, Ottawa, Canada. He has been working on precision measurements since 1958, and is a Fellow of the Institute of Electrical and Electronics Engineers. In 1987 he received the Institute's Morris E. Leeds Award for his achievements in the field of electrical measurement.

P.N. Miljanic is a full member of the Serbian Academy of Science, Professor of Electrical Engineering and Power Electronics at the University of Belgrade and Scientific Advisor to the Institut Nikola Tesla and the Institut Mihailo Pupin in Belgrade, Yugoslavia. He has also been, on several occasions since 1960, a visiting scientific officer at the National Research Council of Canada.