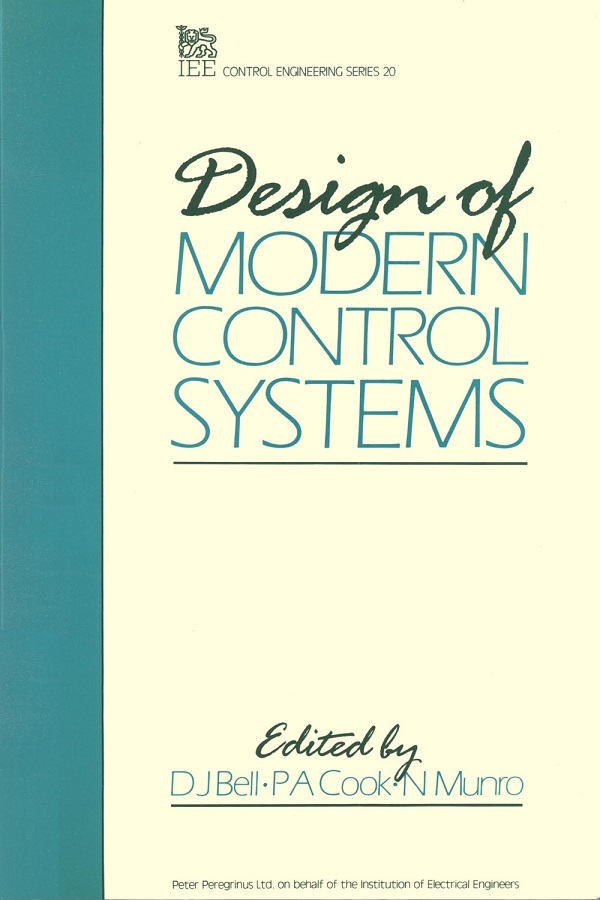 
This book presents developments in analysis and design techniques for control systems. Included are exciting results for feedback systems using complex variable methods, the important concept of robustness in controller design and the increasingly important topic of decentralized control for large scale systems. These and many other contributions illustrate the great activity and rapid progress which has taken place in the subject over the past few years. Only by bringing these contributions together under one cover can the practising engineer in industry and indeed the engineer in university or polytechnic keep fully informed on the 'state of the art' on a number of different fronts. Application of the theoretical developments and practical aspects of the subject are not forgotten; analysis and design of a nuclear boiler and some direct digital control system design procedures are but two topics discussed in the present book. Several of the chapters are followed by problems on the subject matter and worked solutions to most of these problems are given at the end of the book. This aspect will find favour with many readers since such contributions are often a great help in the understanding of the subject matter.

Neil Munro obtained his B.Sc. in Electrical Engineering (1962) from Strathclyde University and his M.Sc. (1967) and Ph.D. (1969) in Control Engineering from the University of Manchester. He was then appointed as a lecturer (1969), senior lecturer (1973) and Professor of Applied Control Engineering (1979) in the Control Systems Centre, UMIST. He has also spent some 10 years in industry as an electronics technician, development engineer and design engineer working for Barr and Stroud Ltd., Ferranti, Parkinson-Cowan Measurement and ICL.