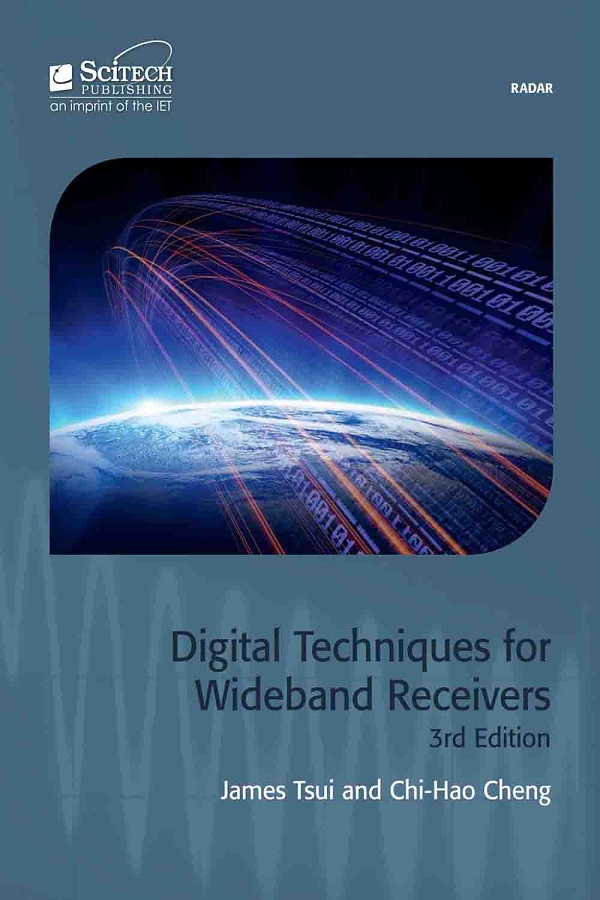 This third edition of Digital Techniques for Wideband Receivers has been fully revised and modernised to bring the reader up-to-date with the latest modern techniques including; wideband electronic warfare receivers, the detection of FM and BPSK radar signals, analog-to-information, time-reversal filter and an encoder example. From fundamental concepts and procedures to recent technology advances in digital receivers, readers will receive practical solutions to important wideband receiver problems.

With the addition of brand new material, (including four entirely new chapters) this new book has been updated with many of the latest concepts to help users design receivers that are relevant for today's electronic warfare systems.

Dr James Tsui is the world's leading authority on Electronic Warfare (EW) receiver technology. His pioneering work has resulted in over 50 awarded patents, and he has been recognized as an Air Force Research Laboratory (AFRL) and Institute of Electrical and Electronics Engineers (IEEE) Fellow. Among his 90 publications, Dr Tsui has authored seven books on receivers: two on analog EW receivers, three on digital EW receivers, and two on software GPS receivers. These books are used as primary references by engineers and scientists developing advanced receiver technologies for many diverse sensing applications, including EW, radar, communications and navigation systems. The books have been the basis for university graduate courses and highly sought-after short courses developed and taught to all three DoD services and DoD industrial companies internationally.

Dr Chi-Hao Cheng received M.S. and Ph.D. degrees from The University of Texas at Austin in Electrical and Computer Engineering. He is a Professor in the Department of Electrical and Computer Engineering at Miami University, Ohio. Before joining Miami University he worked in the optical communications industry for five years. His primary professional interests lie in optical communications, digital signal processing, and electronic warfare receiver development. His research work has led to more than 40 academic articles and his research project on EW receivers has been sponsored by AFRL and NAVAIR. He is co-inventor of three US patents.