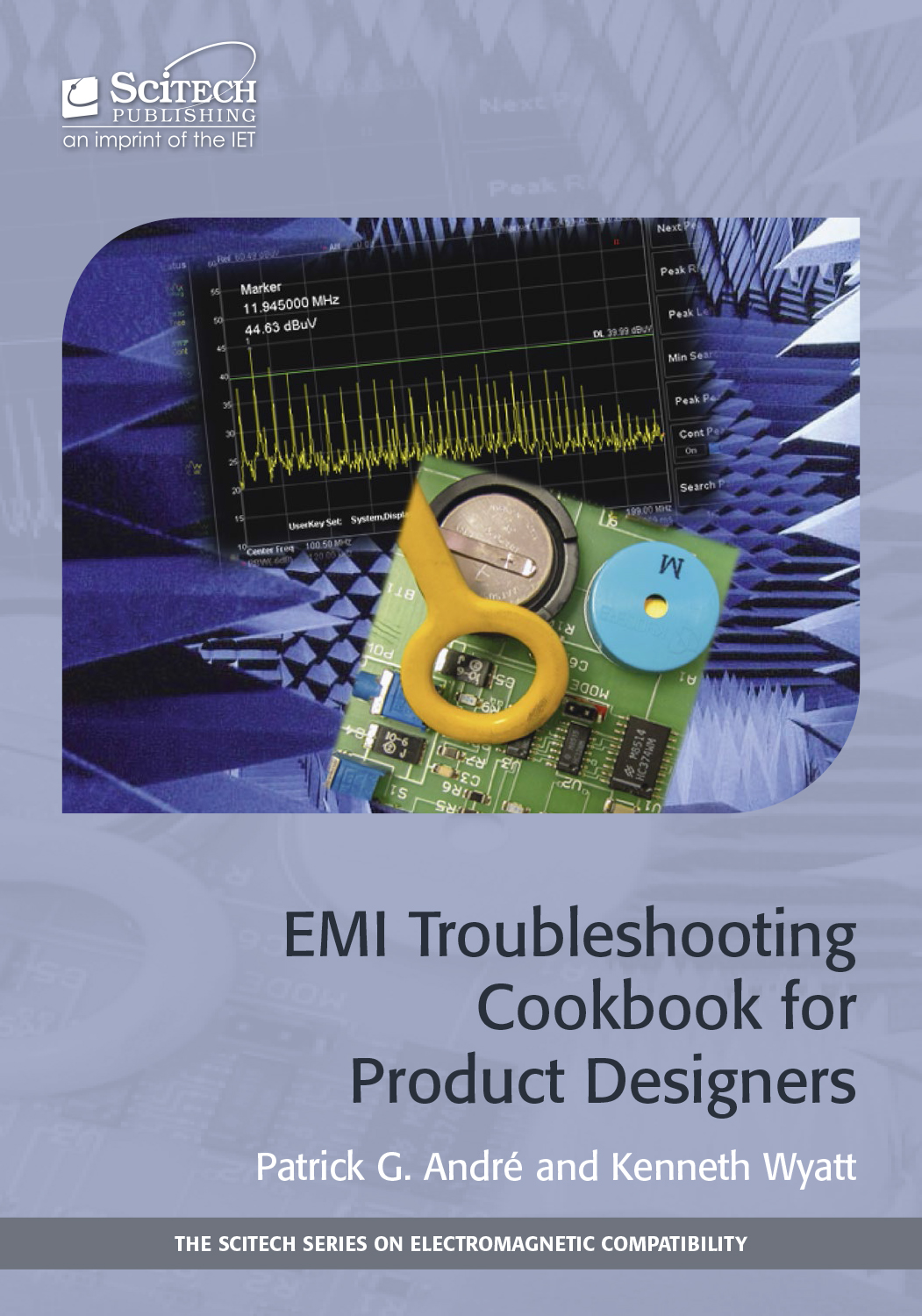 
EMI Troubleshooting Cookbook for Product Designers provides the 'recipe' for identifying why products fail to meet EMI/EMC regulatory standards. It also outlines techniques for tracking the noise source, and discovering the coupling mechanism, that is causing the undesired effects.

This title gives examples of simple, easily implemented, and inexpensive troubleshooting tools that can be built by the engineer or technician, and uses methods that require only a basic understanding of electromagnetic theory and a minimal background in EMI/EMC.

It will show the engineer and technician how to develop a process for troubleshooting using a straightforward approach in solving what may seem like a rather complicated problem at first. It will provide guidelines on how to approach an EMI failure, things to try, how to choose the right parts and balance cost, performance, and schedule.

This book tells readers trying to solve EMI problems what to do and how to do it.

Patrick G. André received his physics degree in 1982 from Seattle University, with postgraduate work in Electrical Engineering and Physics. He has worked in the Electromagnetic Compatibility (EMC) field for over 30 years and is an iNARTE Certified Engineer in both EMC (Electromagnetic Compatibility) and ESD (Electrostatic Discharge), he also holds a Master Design Certificate. Patrick has worked in the military and aerospace environment for his entire career, and worked with commercial electronics since 1995. He has successfully worked with, and given input to, branches of the military and NASA, as well as several of their subcontractors. He has a strong ability in the test, measurement, and troubleshooting of EMC.

Kenneth Wyatt holds degrees in Biology and Electronic Engineering. He has worked as a product development engineer for over 10 years at various aerospace firms on projects ranging from DC-DC power converters to RF and microwave systems for shipboard and space systems. For over 20 years, he has worked as an EMC engineer for Hewlett-Packard and Agilent Technologies in Colorado Springs. He is currently an independent consultant with Wyatt Technical Services. He is also a prolific author and presenter and has written and presented topics including design of comb generators, DIY near-field and current probes, and EMC design of products.