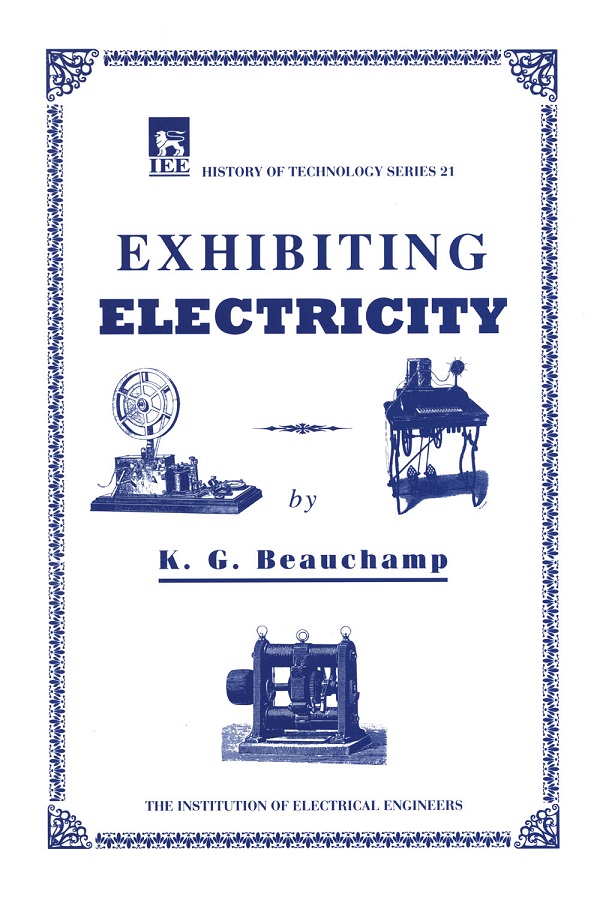 
Throughout the 19th and 20th centuries technical exhibitions, held for the benefit of both cognoscente and the general public alike, have presented a mirror to the progress of science, engineering and, towards the second half of the 19th century and throughout the 20th century, to electrical technology.

Exhibitions themselves are important not only to provide a given generation with a summary of its current capability but also to present a forum for new inventions and techniques, often shown to the public for the first time. The special requirements of exhibitions are also productive of new developments such as sophisticated lighting techniques, use of dioramas, new concepts in architecture, the first use of moving pavements and exploitation of new ideas in mass travel, such as monorail or magnetic levitation railways.

Here the history of such public exhibitions is traced from their beginnings towards the end of the 18th century to the present day, with particular reference to their presentation of electrical invention and manufacture. The key factors determining this progression are described, together with the influence of competing nations in the changing format of these presentations. The book will be of interest to all those engineers who are interested in how their speciality has been presented to a wider public in the past and provide a pointer to its continued presence in the media for the decades ahead.

Dr Ken Beauchamp held several research positions in electronics at the General Electric Co., Associated Electrical Industries, the Cranfield Institute of Technology and the Atomic Weapons Research Establishment before becoming Director of Computing Services at the University of Lancaster in 1974. He retired in 1985 and is now able to devote more time to the history of electrical engineering and membership of the IEE's Professional Group S7 (History of Technology) which he chaired in 1984-85. He has presented several papers at the History Weekend meetings of PGS7 over the last eight years and acted as Honorary Editor to a number of special issues of IEE Proceedings - Science, Measurement and Technology on the history of electrical engineering and to the Engineering Science and Education Journal. He is presently History Editor to this latter journal.