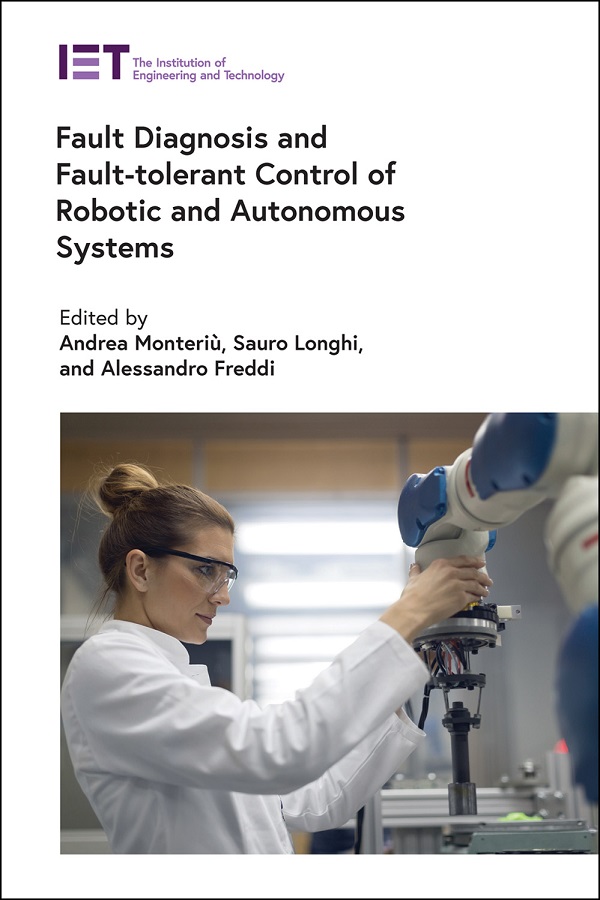 Fault Diagnosis and Fault-Tolerant Control of Robotic and Autonomous Systems


Robotic systems have experienced exponential growth thanks to their incredible adaptability. Modern robots require an increasing level of autonomy, safety and reliability. This book addresses the challenges of increasing and ensuring reliability and safety of modern robotic and autonomous systems. The book provides an overview of research in this field to-date, and addresses advanced topics including fault diagnosis and fault-tolerant control, and the challenging technologies and applications in industrial robotics, robotic manipulators, mobile robots, and autonomous and semi-autonomous vehicles.

Andrea Monteriù is an associate professor at Università Politecnica delle Marche (Ancona, Italy). His main research interests include fault diagnosis, fault-tolerant control, nonlinear, dynamics and control, periodic and stochastic system control, applied in different fields including aerospace, marine and robotic systems. He published more than 130 papers in international journals and conferences and is involved both in national and international research projects. He is the author of the book Fault Detection and Isolation for Multi-Sensor Navigation Systems: Model-Based Methods and Applications; and a co-editor or author of four books on Ambient Assisted Living including the IET book entitled Human Monitoring, Smart Health and Assisted Living: Techniques and Technologies.

Alessandro Freddi is an assistant professor at Università Politecnica delle Marche (Ancona, Italy), where he teaches 'Preventive Maintenance for Robotics and Smart Automation' and is a founder member of 'Syncode', a startup operating in the field of industrial automation. His main research activities cover fault diagnosis and fault-tolerant control with applications to robotics, and development and application of assistive technologies. He published more than 70 papers in international journals and conferences and is involved both in national and international research projects.

Sauro Longhi is a full professor at Università Politecnica delle Marche (Ancona, Italy), where he acted as a Rector from 2013 to 2019. Since May 2014 he has been the president of the GARR Consortium, the Italian national computer network for universities and research. Since September 2019 he has also been the president of SIDRA, the Italian Society of Researchers and Professors of Automation. His research interests include modelling, identification and control of linear and nonlinear systems, control of mobile robots, underwater vehicles, vessels and unmanned aerial vehicle, cooperative control of autonomous agents, service robots for assistive applications supporting mobility and cognitive actions, home and building automation, web technology in process control and remote control laboratories, decentralized control over networks, sensors networks, power management in hybrid cars, electric motor control, embedded control system, management and control of renewable energy resources, efficient management of energy systems, automatic fault detection and isolation. He has published more than 400 papers on international journals and conferences.