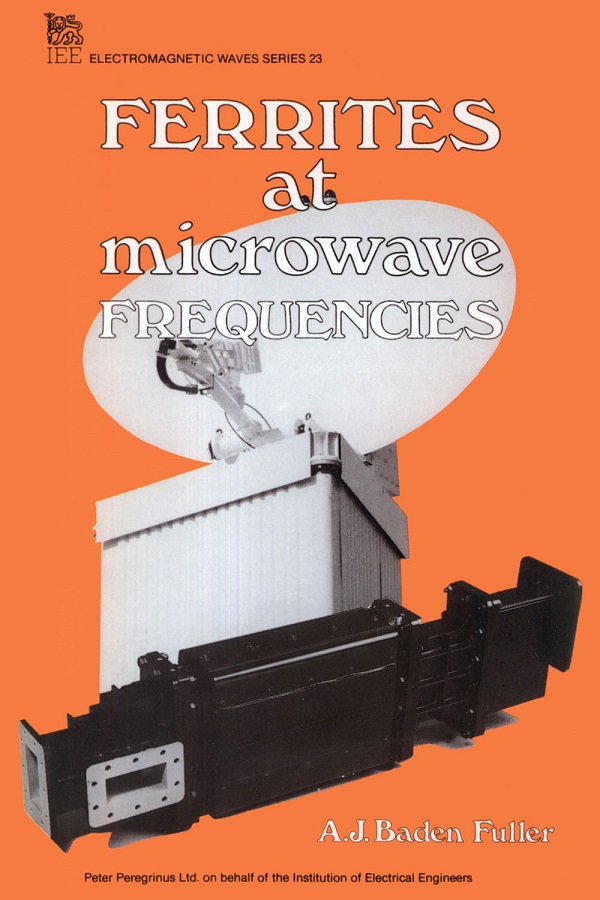 
Between 1950 and 1965, there was a spate of intense activity to investigate the theory and application of ferrite materials at microwave frequencies, and in the early 1960s a number of textbooks on the microwave applications of ferrites were published, but nothing comprehensive since. Now this book has been written to consolidate all the investigations of ferrites for microwave applications, to look back at earlier publications from the viewpoint of a mature technology, and to bring the story up to date. This book attempts to give all the structures and applications using ferrites at microwave frequencies that havebeen investigated or contemplated, using the engineer's rather than the physicist's approach. It starts with a full mathematical treatment of the interaction of an electromagnetic wave with a gyromagnetic ferrite material for simple boundary conditions. These results are then extended to give a field descriptive approach to describe the mode of operation of all the different microwave devices.

John Baden Fuller was educated at Emmanuel College, Cambridge, graduating with first class honours in Engineering. After a graduate apprenticesip with the B.T.H. Co. Ltd., Rugby, in 1957 he joined their military radar department (now part of GEC) to work on the design of ferrite control components in waveguide. In 1964 he moved to an academic post, first at the Leicester College of Technology and soon afterwards to the University of Leicester where he has been a lecturer in the Engineering Department ever since. He has continued a particular interest with wave phenomena in waveguide and ferrite in waveguide devices, and has kept abreast of the literature on microwave ferrite devices for 30 years. Recently he started working on the computer analysis and synthesis of circuits applied to the design of microwave transistor amplifiers. He has written textbooks on Microwaves and Engineering Field Theory.