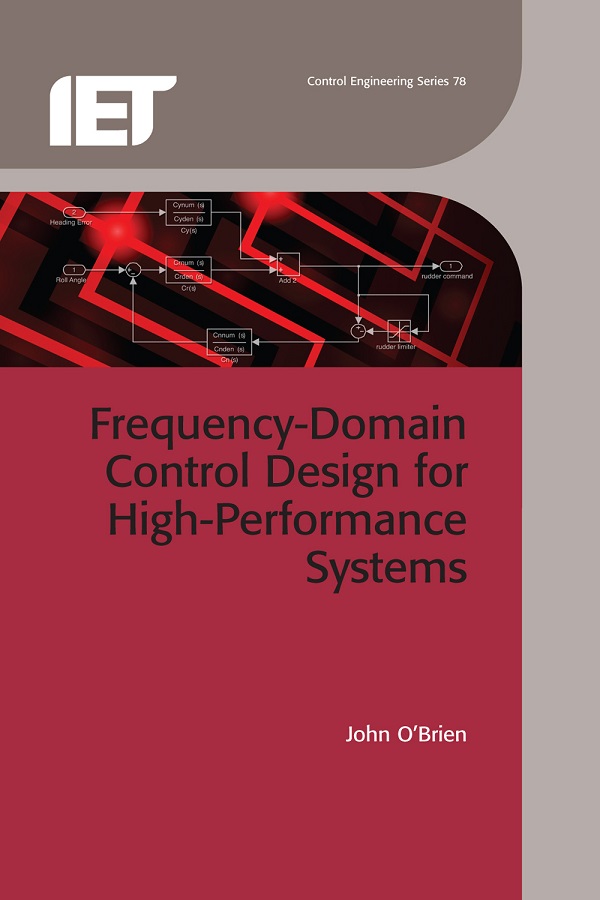 
Frequency-Domain Control Design for High-Performance Systems serves as a practical guide for the control engineer, and attempts to bridge the gap between industrial and academic control theory. Frequency-domain techniques rooted in classical control theory are presented with new approaches in nonlinear compensation that result in robust, high-performance closed-loop systems. Illustrative examples using data from actual control designs are included.

John O'Brien received a B.S. in Aerospace Engineering from California State Polytechnic University, Pomona in 1991, an M.S. in Electrical Engineering from the University of Wyoming in 1997, and a Ph.D. in Electrical Computer and Systems Engineering from Rensselaer Polytechnic Institute in 2001. He was a Member of Technical Staff at NASA's Jet Propulsion Laboratory from 1991 to 1997, where he researched controlstructure interaction on space structures. He was a Lead and Senior Lead Engineer at General Dynamics Advanced Information Systems from 2001 to 2003, where he worked on missile defence technology. He is currently an Associate Professor of Electrical and Computer Engineering at the University of Wyoming. His research interests include parallel robot kinematics and dynamics, and high-performance control design.