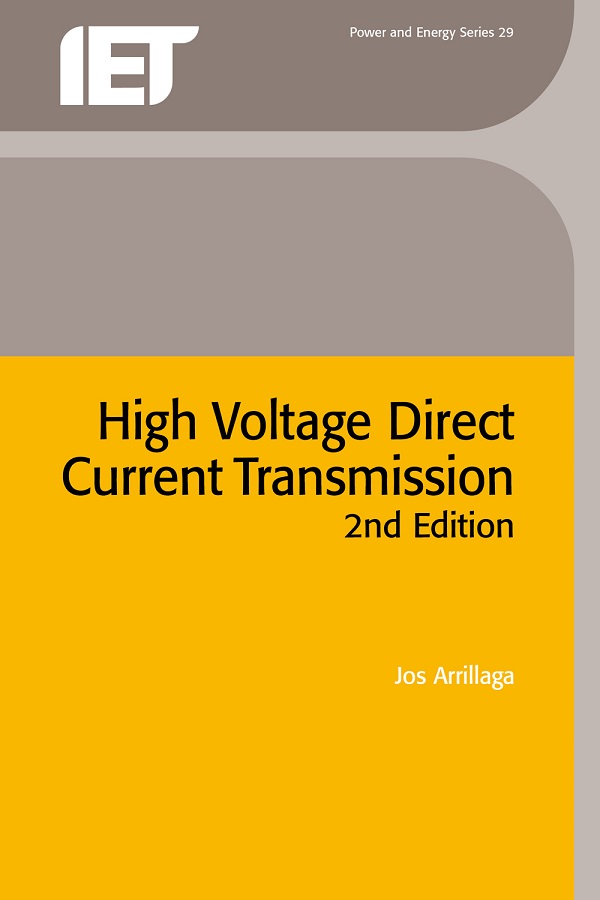 
Since the first edition of this book in 1983, HVDC technology has continued to expand and few power systems can now escape its influence. This thoroughly revised text develops the coverage in the first edition, describing the variety of reasons justifying the use of DC transmission as well as the basic concepts and techniques involved in the AC-DC and DC-AC conversion processes. It has been fully updated and enlarged to include descriptions of the widening applications of DC, the current state-of-the-art thyristors and other semiconductor devices, and the new developments that continue to make HVDC a competitive technology.

The book should be of interest to practising engineers and researchers involved in the power industry. It will also be of assistance to lecturers and students in the power systems and power electronics disciplines.

Jos Arrillaga received the PhD and DSc degrees in 1966 and 1980, respectively, from UMIST, Manchester, UK, where he led the Power Systems Group between 1970 and 1974. Since 1975, he has been a Professor of Electrical Engineering at the University of Canterbury, New Zealand. He is the author of five other books, several book chapters and about 300 other publications. He is a Fellow of the IET, the IEEE and the Academy of Sciences and Royal Society of New Zealand. He was the recipient of the 1997 Uno Lamm medal for his contributions to HVDC transmission.