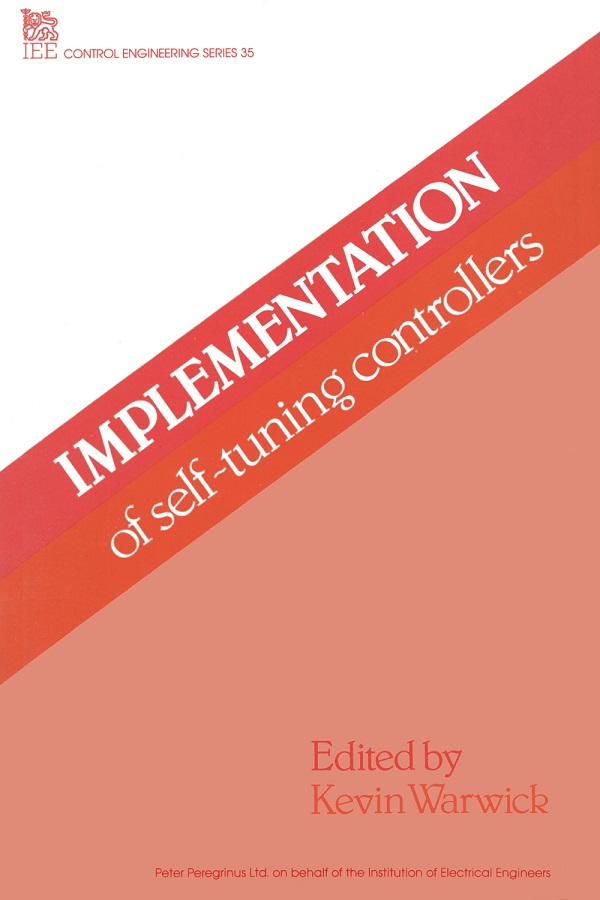 
This text is an extremely useful guide for those wishing to investigate the application of self-tuning control systems. The contents have been chosen in order to restrict the amount of theoretical detail to that necessary for explanation purposes, whilst application examples and programming suggestions are highlighted. The overall text is suitable for those wishing to gain the flavour of adaptive control, although those already familiar with selftuning techniques will find the problem solutions discussed to be most attractive. Parameter estimation, numerical solutions and software aspects are all considered at length, while simplified procedures and predictive self-tuning schemes are shown in terms of fundamental concepts.

The level of the book is such that practising control engineers and postgraduate or final year control, engineering or cybernetics students would find it most suitable. A certain amount of basic digital/sampled data control systems terminology is assumed, although this does not mean that the reader needs to be familiar with more mathematical ideas, such as discrete transform methods or statistical theory. The text could be used as the foundation of a Masters course module, particularly if an emphasis is placed on the practical aspects of self-tuning control.

The book is an ideal source for those interested in self-tuning and adaptive control, and contains many useful suggestions for future trends, research directions and implementation/ application possibilities.

Kevin Warwick was previously a Senior Lecturer in the Department of Engineering, University of Warwick. However, in August 1988 he took up the Professorship of Cybernetics and became Head of the Department of Cybernetics, University of Reading. He has previously held appointments at Oxford University, Imperial College, London and Newcastle University as well as being employed by British Telecom for six years. Dr. Warwick is a Chartered Engineer and serves on the Artificial Intelligence and Control and Systems Theory committees of the IEE, previously acting as a chairman for the latter. He is co-editor of the successful book 'Industrial digital control systems', which is an earlier volume in the series.

He has published over seventy papers in the areas of his research interests which include system identification, adaptive control and state-space design. The main thrust of his present research lies in the field of intelligent control systems, with particular emphasis on high performance environments, such as sensor based robot control and autonomous vehicles.