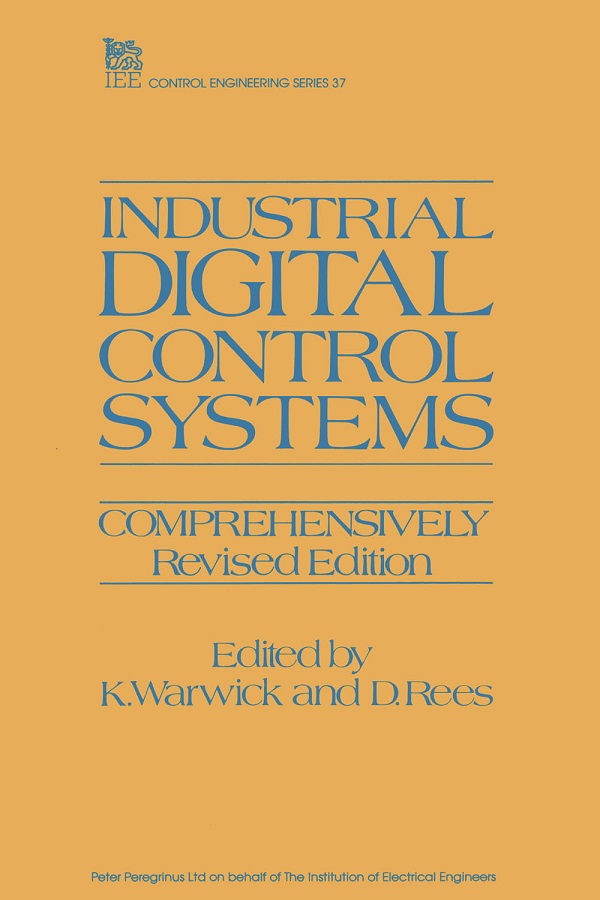 
This book provides an introduction to the techniques employed in the design and implementation of digital control systems. The text has arisen out of a highly successful IEE Vacation School held annually at Oxford University and the contents have been tailored to a digestible level and breadth by means of the feedback provided from previous School participants. As well as a tutorial approach to the description of basic concepts and general ideas used, most chapters include numerous worked examples and details of particular applications in order to enhance the theory introduced. The importance of putting over a technique by making use of practical examples is highlighted by the inclusion of several chapters in which selected case studies are presented detailing applications of both the more conventional and the more modern digital control ideas.

The book is aimed at engineers, managers and engineering students who wish to become more widely informed about how they may employ the latest advances in digital control technology. To this end, earlier chapters concentrate on the theoretical framework of digital control, whereas later chapters concentrate on its implementation. This results in an up-to-date overview of digital control schemes which is an excellent reference text for industrialists and academics alike. This substantially revised 2nd edition (more than a third of the book is completely new) represents a distinct improvement on the extremely successful 1st edition, and bears witness to the constant modernisation required in such a rapidly changing area.

Kevin Warwick is Professor of Cybernetics and Head of the Department of Cybernetics, University of Reading. He has previously held appointments at Warwick University, Oxford University, Imperial College, London and Newcastle University as well as being employed by British Telecom for six years. Professor Warwick is a Chartered Engineer and serves on the Artificial Intelligence professional group committee of the IEE, previously acting as chairman for the Control and Systems Theory committee. He is a series editor for the IEE with regard to control engineering books and edited the book 'Implementation of Self-tuning Controllers', which is a volume in the same series. He has published over seventy papers in the areas of his research interests which include system identification, adaptive control and state-space design. The main thrust of his present research lies in the field of intelligent control systems, with particular emphasis on high performance environments, such as sensor based robot control and autonomous vehicles.

David Rees has been a Principal Lecturer in Control Engineering in the Department of Electrical and Electronic Engineering at the Polytechnic of Wales since 1978. He gained the degree of B.Sc. with first class honours in Electrical Engineering from University College, Swansea in 1967, and a Ph.D. in Signal Processing applied to composite frequency testing, awarded by the Council of National Academic Awards in 1976. His industrial experience includes five years with British Steel and two years with Imperial Chemical Industries, during which period he developed computer systems for controlling larger chemical complexes and system models of chemical processes. He is a fellow of the IEE. He has published numerous papers in the fields of system identification, automatic testing and digital control. His current research interests include nonlinear system identification using composite frequencies, discrete controller implementation using novel architectures and adaptive control.