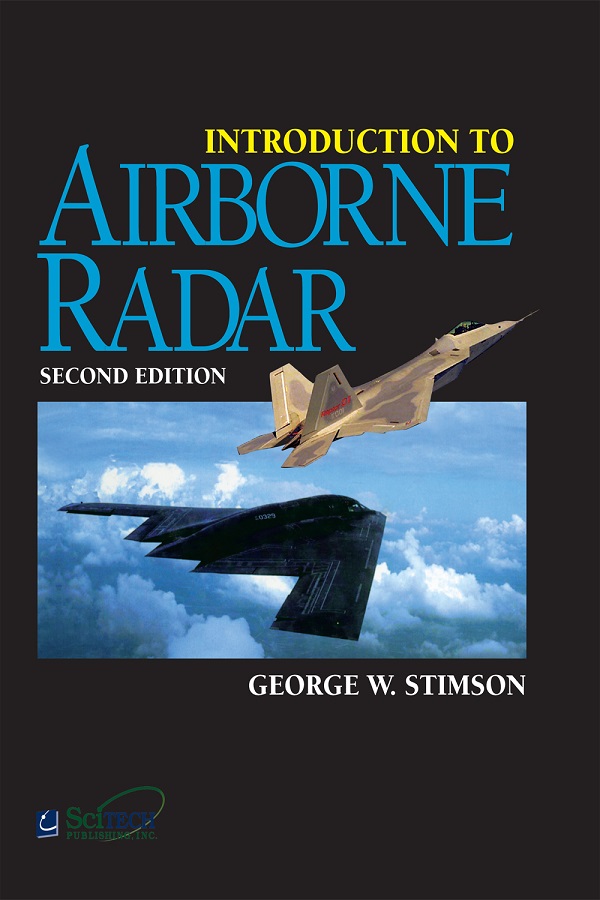 
Introduction to Airborne Radar is the revision of the classic book privately published by Hughes Aircraft Company in 1983. Lavishly produced in full color, the book was quite unlike any commercially published radar book produced by the major technical publishers. The combination of clear, understandable writing and the unparalleled illustrations established the text-reference as a 'must-have' for engineers, technicians, pilots, and even sales and marketing people within the radar and aerospace industry. The book was authored by veteran Hughes engineer and Technical Manager George W. Stimson, a publications specialist. Individual chapters were thoroughly reviewed by the appropriate experts within the Hughes Radar Systems Group. The book was initially available 1983-1987 only to those within the Hughes family: employees and customers, primarily the military. Restriction was lifted in 1987. Hughes went through three printings and 40,000 copies 1983-1993, mostly by word-of-mouth testimonials and demand. Upon retirement from Hughes, George Stimson successfully negotiated for the rights to the book and made an agreement with SciTech Publishing to do a major revision of the text to update it. The resulting Second Edition has been overwhelmingly positive and a best-seller. Second Edition The revision is extensive: thirteen entirely new chapters cover the technological advances over the fifteen years since publication, two chapters considered obsolete have been deleted entirely, three chapters are extensively rewritten and updated, two chapters have been given new sections, and fourteen chapters have been given minor tweaks, corrections, and polishing. The book has grown from 32 chapters to 44 chapters in 584 efficiently-designed pages. Efforts have been made to bring more even-handed coverage to radars developed outside of Hughes Aircraft, while older and less important Hughes radars have been deleted or abbreviated. Chapter 44 catalogs many of the cutting edge radars in functioning aircraft and near-service aircraft in early stages of production. The book's appeal is to a diverse audience: from military pilots and radar officers eager to gain a sound technical understanding of the complex systems that their lives depend upon, on up through technicians, marketing, and sales people, to the radar system design specialists, who may 'know all that stuff' but who deeply admire the expression and thus use the book to teach others who have questions. The market encompasses companies directly involved in the radar business and those on the periphery, college professors of engineering and physics themselves, along with students in aviation, aeronautics, and electromagnetics and radar courses. The cross-disciplinary and multi-level demand for the book shows that the book should not be pigeon-holed as just a radar book for electrical engineers. Virtually anybody with a knowledge of high school algebra, trigonometry, and physics will be able to read and absorb most of the material.