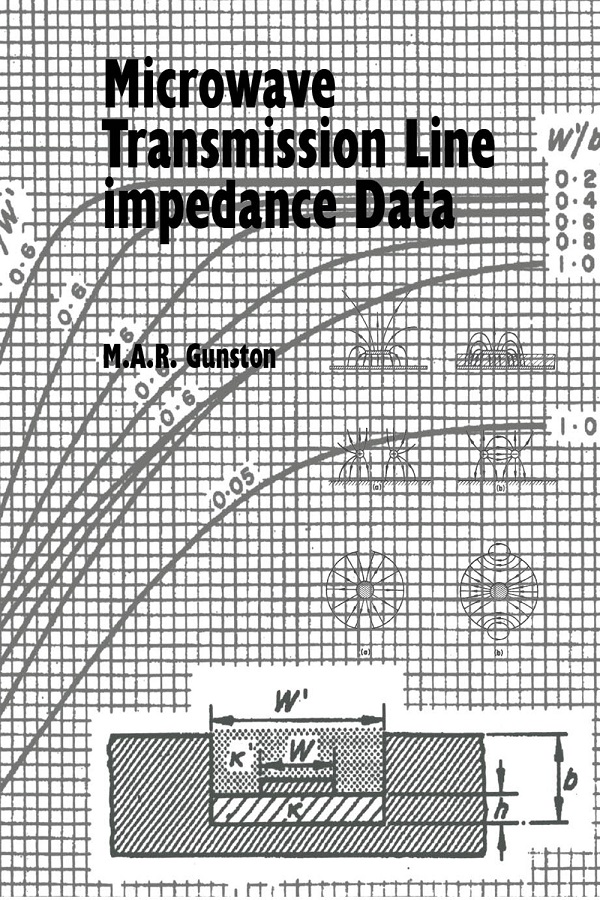 
A compendium of data for computing the characteristic impedance of transmission lines based on physical dimensions. This book covers both conventional structures and unusual geometries, including coaxial, eccentric and elliptic coaxial, twin-wire, wire-above-ground, microstrip and derivatives, stripline, slabline and trough line. Also details numerous configurations of coupled lines.

Born on December 14, 1933, Mark Antony Richard Gunston was the only son of Josiah Gunston, Farm Manager of the Earl of Leicester's estates in Norfolk County. He was educated in the local village school until age 11, when he received a scholarship to Fakenham Grammar School. He took the School Certificate and Matriculation exam at 16 and the General Certificate of Education (GCE) at 19, earning a Norfolk County Major Scholarship to read for a Special Honours degree in Theoretical Physics at Queen Mary College, University of London.

After graduating in 1956 with a Bachelor of Science degree in Theoretical Solid-State Physics, he went to work for the English Electric Valve Company as a Development Engineer, researching, designing, and developing microwave devices.

He wrote several technical pieces over a 10-year period, starting with December 1962's 'A Broad-band Low-VSWR H-plane Waveguide Taper' for The Microwave Journal and culminating in 1972's 'Microwave Transmission-Line Impedance Data'. During that same period, he obtained membership in a number of learned societies, including the Institute of Electrical Engineers and the Institute of Electrical and Electronic Engineers.

After leaving Marconi amidst rumors about the company's future, he took his career in a different direction and joined the management staff of the Michelin Tyre Co., Ltd., in April 1971. He remained there until retiring in May 1992 and worked in many areas, including the computerization of information systems, maintenance engineering, reliability analysis, CAD/CAM, production planning, technical translation, and statistical analysis.