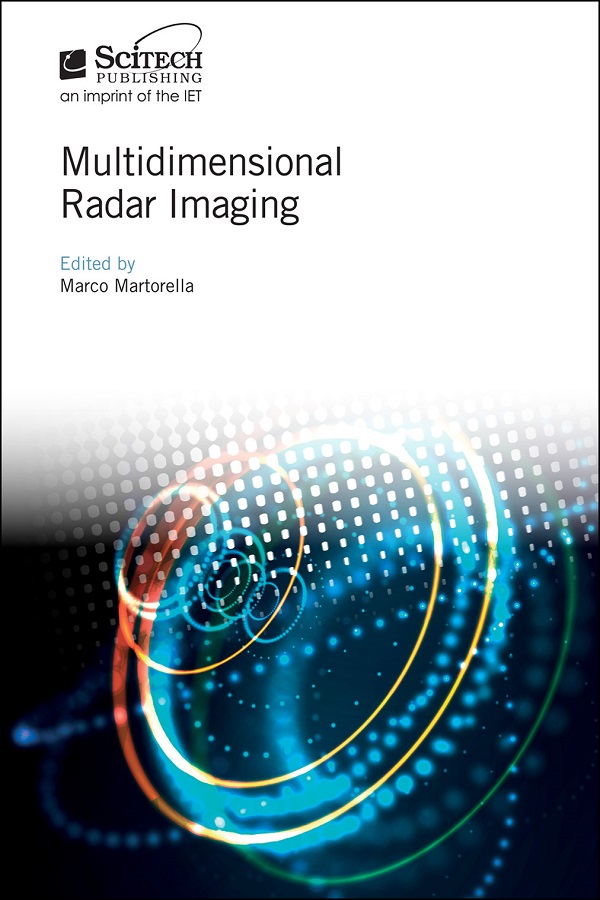 
Synthetic aperture radar and inverse synthetic aperture radar (SAR/ISAR) images have been largely used for monitoring small to large areas and more specifically for target recognition/identification. However, the technology has limitations due to the use of classical monostatic, single channel, single frequency and single polarization systems. To overcome these limitations, solutions have been proposed that show the benefit of using multiple frequencies, spatial channels, polarisations and perspective, in one word multi-dimensional radar imaging systems when dealing with non-cooperative targets.

Multidimensional Radar Imaging introduces a new framework within which to address the problem of radar imaging and target recognition as it jointly looks at optimising the use of multiple channels to significantly outperform classical radar imaging systems.

It has been used in the military within NATO for the last few years and the technology is now declassified.

Marco Martorella is an Associate Professor at the Department of Information Engineering of the University of Pisa, Italy, and Director of the Radar and Surveillance Systems National Laboratory of the Italian Inter-University Consortium for Telecommunications (CNIT). He is author of about 200 international journal and conference papers, thirteen book chapters, and two books on radar technologies. He is currently a member of the IEEE Radar Systems Panel, a member of the NATO Sensors and Electronics Technology Panel and has chaired four NATO Research Task Groups since 2012. His research interests are mainly in the field of radar imaging and multichannel radar signal processing.