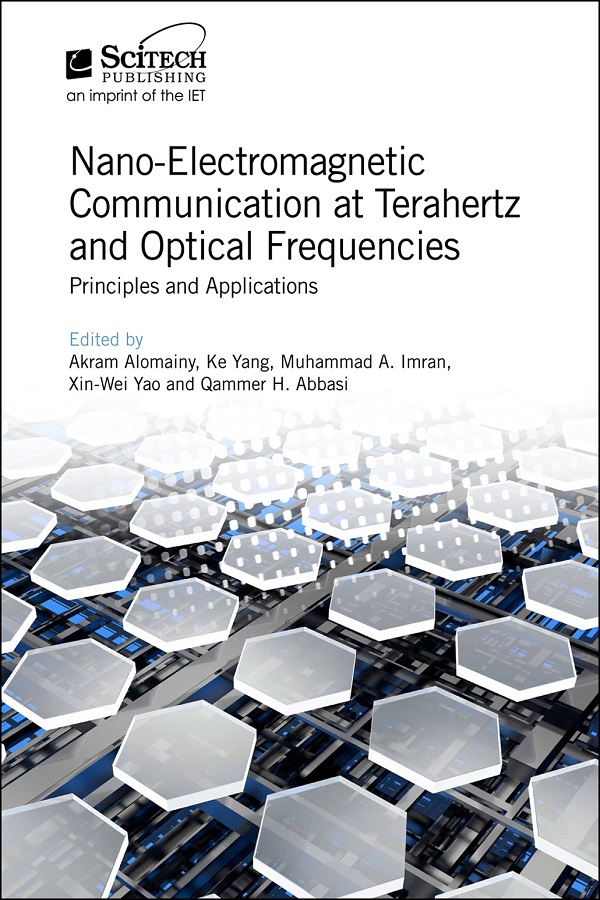 
Recent advancements in carbon and molecular electronics have opened the door to a new generation of electronic nanoscale components. This book outlines the basic principles of electromagnetic-based communication at this nanoscale using terahertz and optical frequencies with a focus on theoretical principles and applications. It answers the questions: How can nano-devices communicate with each other by applying electromagnetic techniques? Do conventional communication and networking schemes and principles still apply? How feasible is it to deploy such networks with various applications?

Akram Alomainy is a Reader in Antennas & Applied EM in the School of Electronic Engineering and Computer Science at Queen Mary University of London (QMUL), UK, and the 2011 Winner of the British Science Festival Isambard Kingdom Brunel Award.

Ke Yang is an Assistant Professor with the School of Marine Science and Technology, Northwestern Polytechnical University, Xi'an, China.

Xin-Wei Yao is an Associate Professor at the College of Computer Science and Technology, Zhejiang University of Technology, China.