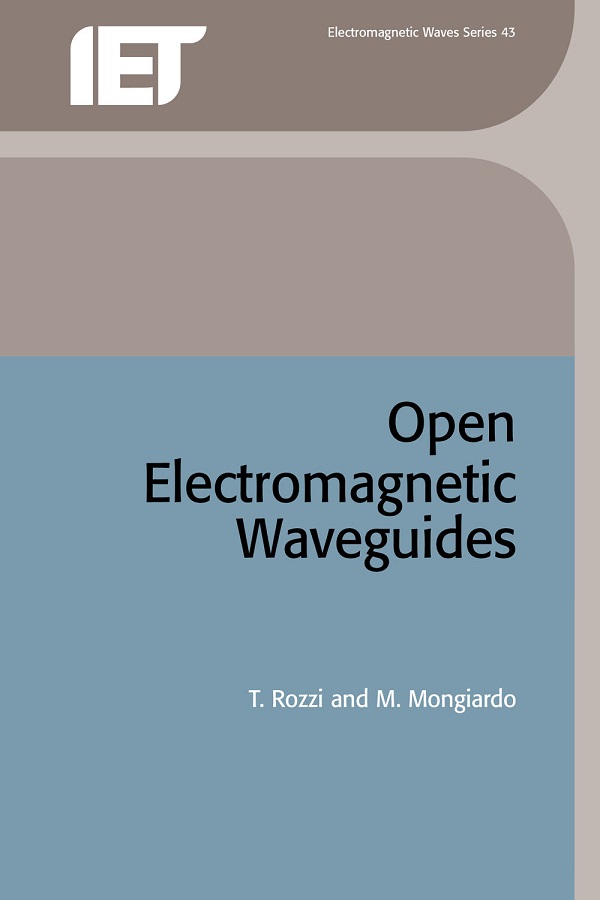 
Electromagnetic waves are guided by open structures in a variety of applications at radio, microwave, millimetric and optical frequencies. Examples range from the propogation of radiowaves down the shaft of an oil rig to that of light through an optical fibre. As the guide is open, radiation may also be present, for example from a microstrip-fed patch or a slot antenna. These twin aspects of waveguiding and radiation are in fact closely interwoven and this book is the first to deal with the two by means of a single mathematical formalism.

The treatment develops from intermediate level guided wave electromagnetism through to frontier concepts and theoretical methods for discontinuities in open, hybrid mode 3D structures by way of real detailed problems taken from the fields of microwaves, millimetric waves and integrated optics. Examples include slotted waveguides, step discontinuities in slab waveguides, coupled and truncated ribguides, via holes in open microstrip, and air bridges in open coplanar waveguides. The unifying concept is the fundamental modal approach for both guiding and radiation, developed by the authors during the course of many years of research.

The book is suitable for engineers and scientists dealing with the simulation of integrated planar antennas, millimetric circuits, integrated optics and other general open cylinder structures.

Tullio Rozzi obtained the degree of 'Dottore' in physics from Pisa University in 1965, a PhD in electrical engineering from Leeds University in 1968 and a DSc degree from the University of Bath in 1987. From 1968 to 1978 he was with the Philips Research Laboratories in the Netherlands, working in the area of microwave passive devices and active and passive integrated optics. Subsequently he has held the position of Chair of Electrical Engineering at the University of Liverpool and was later appointed Head of the School of Engineering at the University of Bath. Currently he is head of the Department of Electronics and Control at the University of Ancona, Italy, where he also teaches microwave theory and optics. In 1975 professor Rozzi was awarded the Microwave Prize by the Microwave Theory and Techniques Society of the IEEE. He is a Fellow of the IEE and the IEEE.