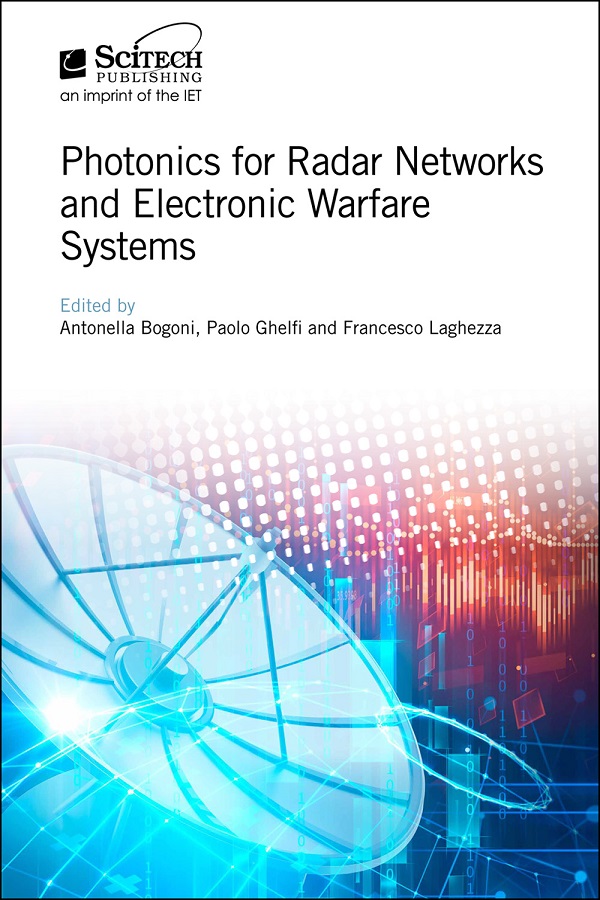 
Microwave photonics is an emerging interdisciplinary area that investigates the deep interactions between microwaves and light waves for efficient generation, distribution, processing, control, and sensing of microwave, millimeter-wave, and terahertz signals. This book outlines the potential for microwave photonics in radar and electronic warfare systems, covering basic concepts and functions, comparing performance with conventional systems, describing its impact on digital signal processing, and exploring integration issues.

Chapters are written by global experts in radar, radar networks, electronic warfare systems and microwave photonics, who have been or are currently collaborating on these new applications of photonics at a system level, providing detailed and clear interdisciplinary information at research and industrial level for both the radar/EW and photonics communities.

Antonella Bogoni is Professor at Scuola Superiore Sant'Anna in Pisa, where she is leading the "Digital & Microwave Photonics" area. She dedicated her research activity to photonics technologies for optical fiber networks and microwave systems. In 2009, she got an ERC Starting Grant for developing a photonics-based fully digital radar, which deserved the first publication on NATURE on this topic. To date, she got more than 30 project grants. She is co/author of 55 patents, 8 books and chapters, more than 160 papers on international journals, and more than 350 contributions in international conferences.

Dr. Paolo Ghelfi is Head of Research Area at the PNT Lab of CNIT. His research interests are mainly in the field of microwave photonics, actively contributing in pioneering the use of photonics techniques in radar systems and in reconfigurable wireless communications systems. He also has a long experience in coordinating scientific and industrial projects. To date, Paolo Ghelfi has authored or co-authored more than 40 papers on International Journals, more than 110 papers on International Conferences, and 20 patents.

Francesco Laghezza is a senior engineer at NXP Semiconductor, The Netherlands. He works in the field of radar system design and digital signal processing. Dr. Laghezza have authored more than 80 papers in leading peer-reviewed journals and conferences, and several patents. During his activities, he was honored with the Young Engineering prize, during the 2014 International Radar Symposium, and with the Thales prize for his contribution in developing the first hybrid LIDAR\RADAR integrated architecture.