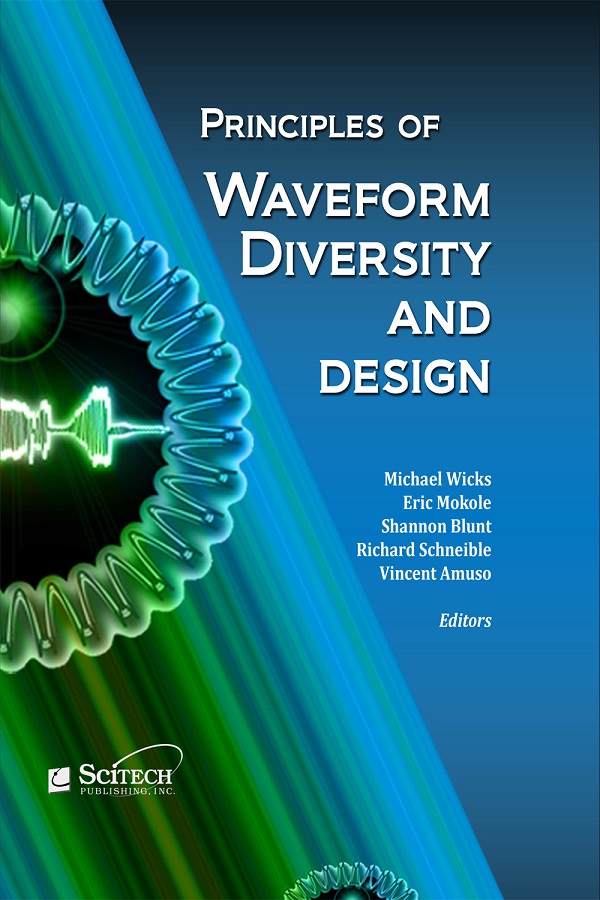 Principles of Waveform Diversity and Design


This is the first book to discuss current and future applications of waveform diversity and design in subjects such as radar and sonar, communications systems, passive sensing, and many other technologies. Waveform diversity allows researchers and system designers to optimize electromagnetic and acoustic systems for sensing, communications, electronic warfare or combinations thereof. This book enables solutions to problems, explaining how each system performs its own particular function, as well as how it is affected by other systems and how those other systems may likewise be affected. It is an excellent standalone introduction to waveform diversity and design, which takes a high potential technology area and makes it visible to other researchers, as well as young engineers.

Eric Mokole is Head of the Surveillance Technology Brand, Radar Division, at the Naval Research Laboratory where he has worked since 1986. He has led efforts at NRL on space radar (trans-ionospheric propagation), ultrawideband radar (antennas, propagation, mine detection, sea scatter, impulse radar), and waveform diversity (spectrally clean waveforms, dynamic waveform diversity, adaptive pulse compression, electronic protection). He has over 70 conference publications, journal articles, book chapters, and reports and has been the lead editor, coeditor, and coauthor on multiple books.

Shannon Blunt is a member of the Department of Electrical Engineering and Computer Science at the University of Kansas, affiliated with the Radar Systems and Remote Sensing Lab. He received his Ph.D. from the University of Missouri in 2002 and then served with the Radar Division of the Naval Research Laboratory until 2005. His research emphasizes the use of waveform diversity techniques for signal processing and system design for radar and communications as well as biomedical imaging. He is an Associate Editor for IEEE Transactions on Aerospace & Electronic Systems and is a member of the editorial board for IET Radar, Sonar, & Navigation.

Richard Schneible has worked in the fields of RF propagation, radar systems, and radar signal processing at the Air Force Research Laboratory Rome Research Site for 35 years and has worked at Stiefvater Consultants since 1999 in these same areas. In the 1980s he was program manager for DARPA and SDIO programs addressing SBR technology issues. In the 1990s his focus was on multiple-channel adaptive processing for mono-static and bi-static look down radars (airborne, space-based). He was one of the organizers of the International Conferences on Waveform Diversity and Design and served as chairman of the Signal Processing Panel of the AFRL IPT on SBR and of the RF Experiments Panel of a tri-national SBR program.

Vincent Amuso is currently an Associate Professor at the Rochester Institute of Technology where he served as Department Head before returning to a research and teaching focus. He has worked extensively in industry with GE, Lockheed Martin, and Sensis Corp. in airborne & ground based radar systems and infrared launch detection systems.