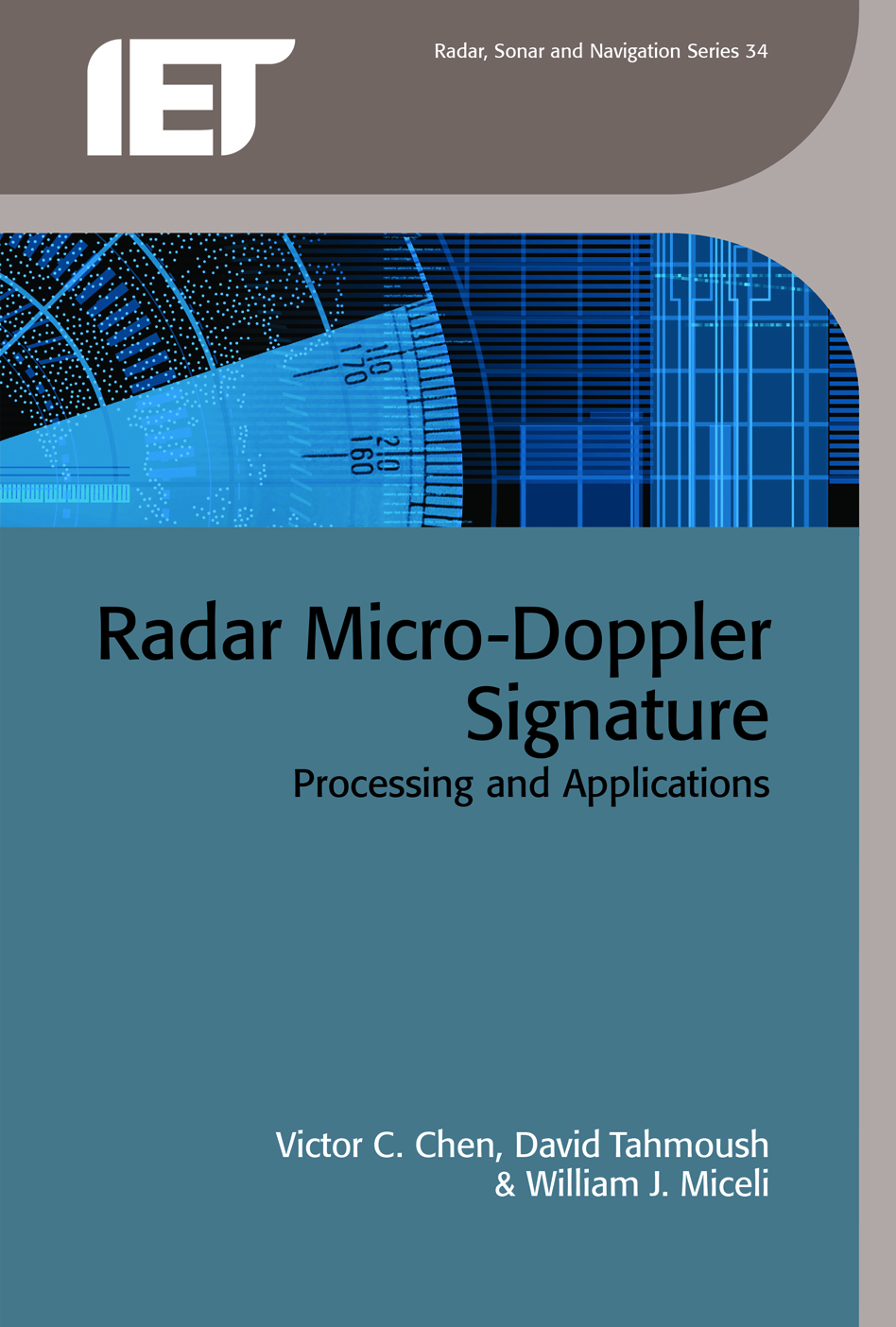 
The micro-Doppler effect appears as Doppler frequency modulations in coherent laser or microwave radar systems induced by mechanical vibrations or rotations of a target or any part on the target. These Doppler modulations become a distinctive signature of a target that incorporates vibrating or rotating structures, and provides evidence of the identity of the target with movement.

Radar Micro-Doppler Signatures: Processing and applications will be of interest to R&D researchers and engineers in government research centers, industries, and universities around the world who work on radar imaging and signal analysis, target feature extraction, and non-cooperative target recognition.

Dr. Victor C. Chen is internationally recognised for his work on micro-Doppler signatures and time-frequency based image formation techniques. He was the first researcher to develop the time-frequency based image formation method and one of the first to demonstrate radar micro-Doppler signatures of a walking person. Dr. Chen has published more than 150 papers and articles on the topic.

Dr. Dave Tahmoush is a Caltech graduate and Fulbright research scholar, and works at the US Army Research Laboratory in Adelphi, Maryland, on micro-Doppler signatures and classification analysis as well as urban aided target recognition. Dr. Tahmoush also organizes the Workshop on Dismount Detection and Classification.

William Miceli has recently retired from the U.S. Office of Naval Research and is currently investigating ship wakes produced by small craft.