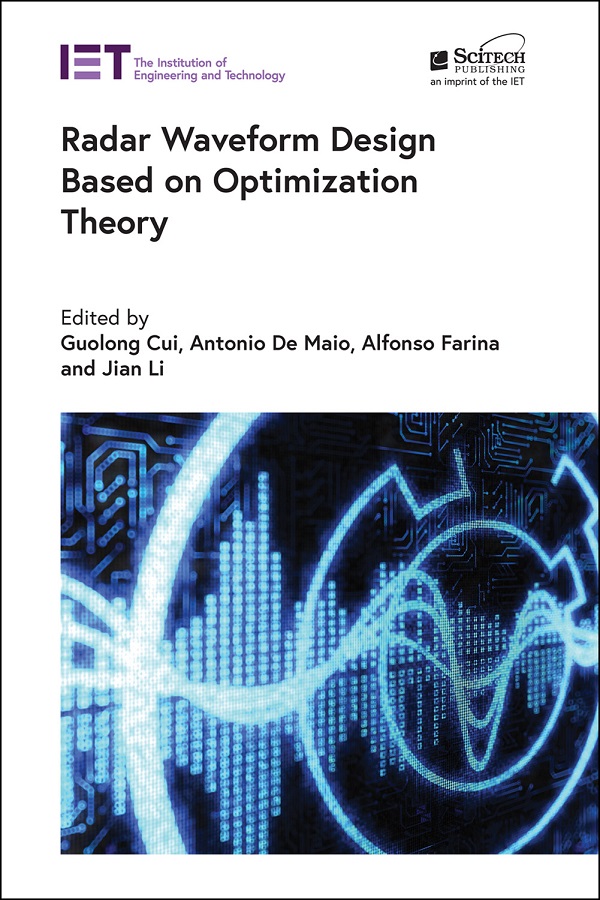 
This book provides an overview of radar waveform synthesis obtained as the result of computational optimization processes and covers the most challenging application fields. The book balances a practical point of view with a rigorous mathematical approach corroborated with a wealth of numerical study cases and some real experiments. Additionally, the book has a cross-disciplinary approach because it exploits cross-fertilization with the recent research and discoveries in optimization theory. The material of the book is organized into ten chapters, each one completed with a comprehensive list of references.

Targeted at an audience of radar engineers and researchers, this book provides thorough and up-to-date coverage of optimisation theory for radar waveform design.

Guolong Cui is a professor with the University of Electronic Science and Technology of China, Chengdu. His current research interests include waveform optimization theory and algorithms, adaptive signal processing, and statistical signal processing with emphasis on radars.

Antonio De Maio is a professor with the University of Naples Federico II. His research interest is in the field of statistical signal processing, with emphasis on radar detection and optimization theory applied to radar signal processing. Dr. De Maio is a fellow member of IEEE and the recipient of the 2010 IEEE Fred Nathanson Memorial Award as the young (less than 40 years of age) AESS Radar Engineer 2010.

Alfonso Farina (fellow of IEEE, FREng, FIET, fellow of EURASIP), Selex ES (retired) is a consultant in Roma, Italy. Dr. Farina is the author of more than 800 peer-reviewed technical publications and of books and monographs (published worldwide). Awards he has received recently include the IET Achievement Medal for outstanding contributions to radar system design, signal, data and image processing, and data fusion (2014) and Christian Hülsmeyer Award from the German Institute of Navigation (DGON) (2019).

Jian Li is a professor with the Department of Electrical and Computer Engineering, University of Florida, Gainesville, USA. In fall 2007, she was on sabbatical leave at MIT, Cambridge, Massachusetts. Her current research interests include spectral estimation, statistical and array signal processing, and their applications. Dr. Li is a fellow of IEEE and a fellow of IET.