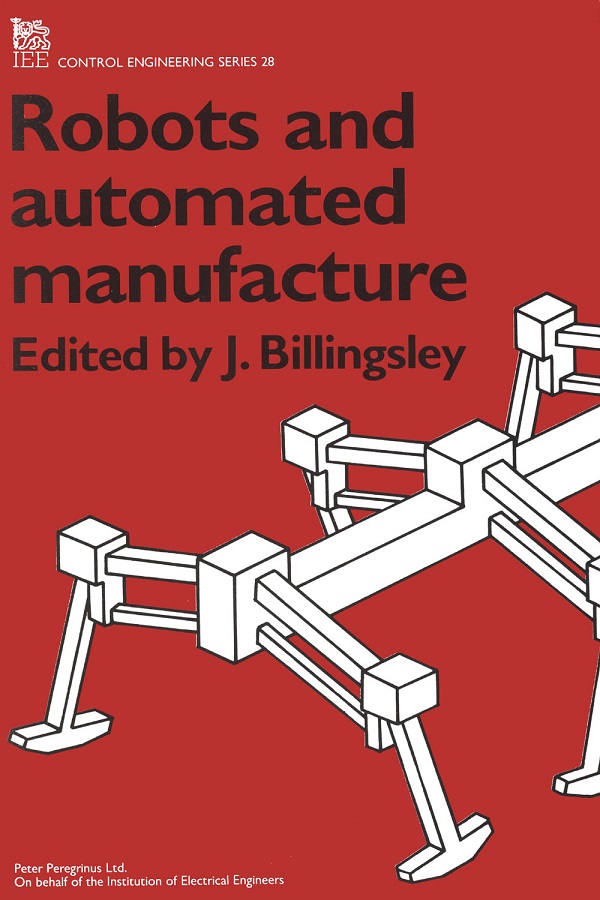 
To serve its purpose, an industrial robot must be harnessed to a manufacturing task, be it welding, assembly, adjustment or the inspection of food products. Complex tasks are likely to require offline programming, both for economy of equipment use and to permit computer simulations for collision avoidance. Vision and other sensory systems are helping to extend the capabilities of robots, while advanced programming techniques are making their use more accessible to the shop floor.

The authors have addressed these and many other subjects in a volume which will be of value to industry and to robotic researchers alike.

For twenty years and more, John Billingsley's research has concerned the exploitation of on-line computer systems. In Cambridge he led a team pioneering the use of multiple linked single-board minicomputers for control system simulation and for research into the optimisation of hierarchical systems. He now heads a robotics group at Portsmouth Polytechnic researching into such topics as the 'Craftsman Robot' for intelligent adjustment of a factory product, and the development of a six-legged mobile robot base. He maintains a close contact with industry, and a number of his designs are in regular production.

A member of several IEE committees, he has organised many colloquia concerning robotics and microcomputer applications. He is the author of two books on experimental robotics for microcomputer enthusiasts, and for some years has organised the Euromouse Maze contest, for small robot vehicles. He has been a consultant to the BBC television series 'The Computer Programme', and to Thames Television's 'Database'.