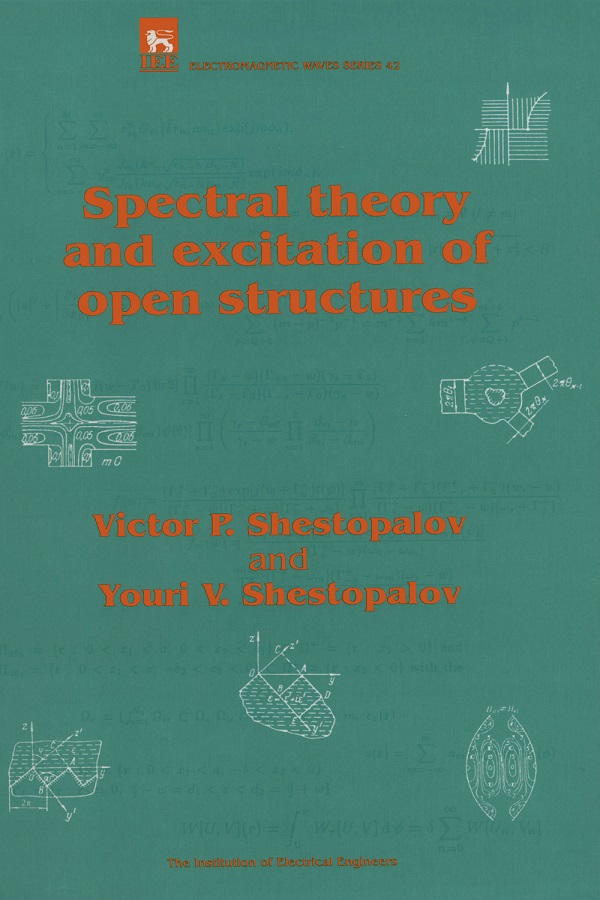 
Open resonators, open waveguides and open diffraction gratings are used extensively in modern millimetre and submillimetre technology, spectroscopy and radio engineering. The physical principles of open electrodynamic structures are different from those of closed ones because of radiation loss, edges, multiconnected cross-sections and the need to take into account the behaviour of electromagnetic fields at infinity. The eigenoscillation and eigenwave spectra become complex, there are additional demands on the energy relations and the statements of spectral problems change.

In this book the physical processes in open electrodynamic structures are analysed using a specially constructed spectral theory. The basic concept is that physical processes are observed at real frequencies, and continuation to the complex domain is considered as a mathematical method. The data obtained at complex frequencies give essential information about 'real' solutions at real frequencies. The approach developed allows not only the egular but a variety of anomalous dispersion laws and effects to be investigated.

Written by two authorities in the field of mathematical modelling, the book should be of interest to all scientists and engineers concerned with modern methods of analytical solution of electromagnetic problems in open domains, as well as those studying theoretical electromagnetics.

Professor V.P. Shestopalov received his Doctor of Science degree from Kharkov University in 1962. He is an Academician of the National Academy of Sciences of Ukraine and Honorary Chairman of the Kharkov Institute of Radiophysics and Electronics. He is the author of ten books and over 300 journal articles on theoretical and mathematical physics, diffraction theory, diffraction electronics and in other fields of theoretical electromagnetics. He is a Vice-President of the Ukrainian Branch of the International Union of Radio Science.

Professor Y.V. Shestopalov is Head of the Department of Computer Science at Moscow State University. He obtained his Doctor of Science degree from Moscow University in 1988. He has published two books and over 50 journal articles on mathematical methods in electromagnetics and diffraction theory. He is a member of the IEEE, an Associate Editor of Advances in Radio Science and Electromagnetic Waves and Scientific Editor of Electromagnetic Waves.