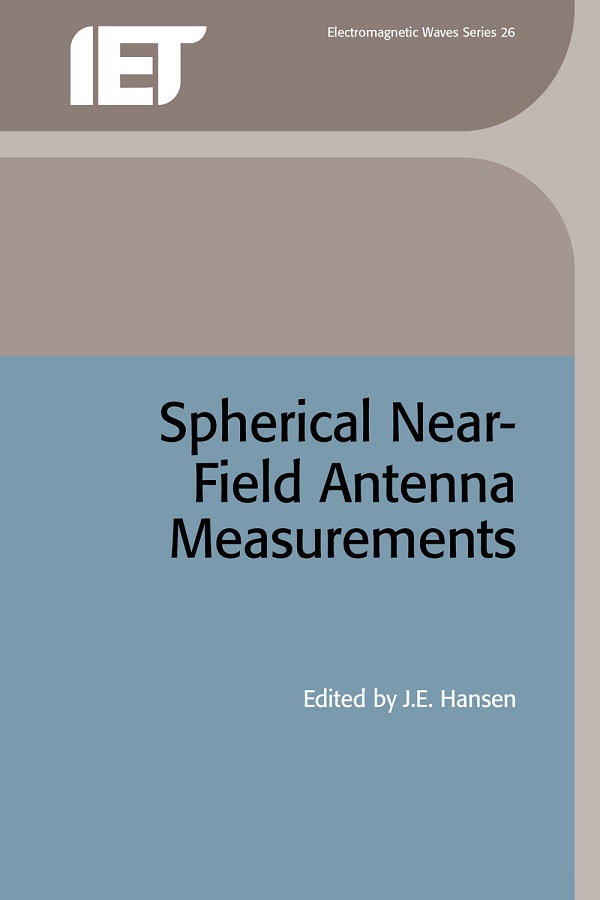 
The subject of antenna measurements is one which has undergone revolutionary changes in recent years, in particular within space applications, where high demands are placed upon antenna design and construction.

This book represents the specific measurement technique known as the spherical near-field method. The theoretical treatment of the method is detailed but of sufficient generality to make the book useful as a basis for further research on near-field measurements and antenna coupling problems. Practical aspects of antenna test ranges, data processing schemes and measurement procedures are described. Other topics covered are measurement error analysis and generation of plane wave fields.

Jesper E. Hansen received his MSc and PhD degrees in electrical engineering from TUD in 1957 and 1965 respectively. Since 1966 he has been an associate professor and head of the antenna group at the Electromagnetics Institute, TUD. He has been project manager for a number of research projects carried out for the European Space Agency within the areas of spacecraft antennas and spherical near-field antenna measurements.