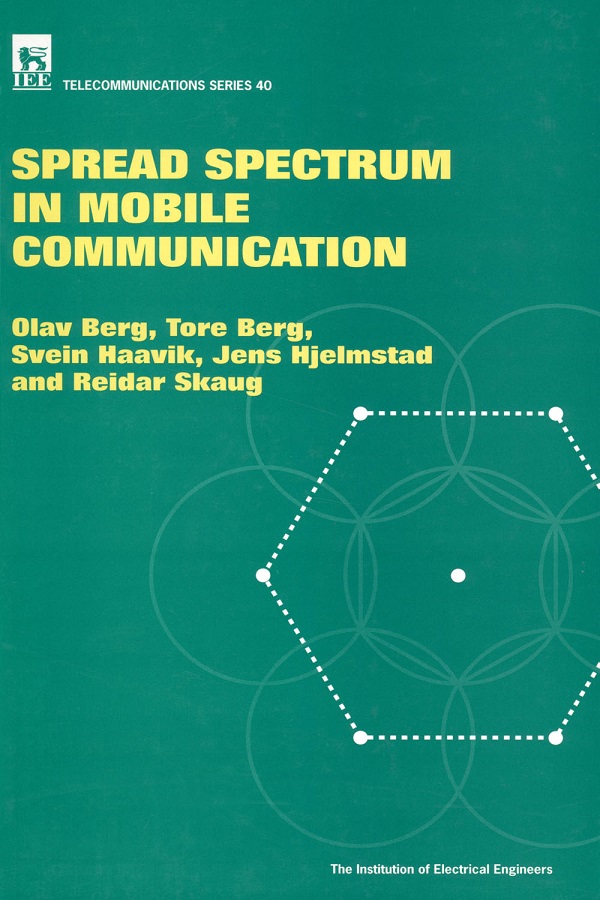 This book presents the concepts of modern mobile communication and discusses the user requirements and operational environment which influence mobile systems design. Its focus is on the mobility issues for a decentralised network topology and the effects of spread spectrum modulation on radios used in packet-switched networks. Connecting radio terminals using packet switching gives a highly flexible and efficient solution for mobile users, and the book gives considerable space to discussing packet switching in radio networks, protocols and routing strategies. Providing vital information for all those in the mobile systems field, the book is supported by detailed case study information to illustrate the practical issues involved in implementing the technology.

Olav Berg graduated from Texas A&M University in 1988 and the Norwegian Army School of Signals in 1989. He then worked as project manager at FFI (the Norwegian Defence Research Establishment) on the military packet-switched spread spectrum VHF radio system, the multirole radio (MRR). He is currently with Teleplan AS as a Special Advisor in military mobile communication and information technology stimulated engineering.

Tore Berg graduated with an MSc in telematics from the Norwegian Technical University. He then joined FFI, and later Telenor R&D, working in the field of tele-communications. His research has focused on packet radio and cellular systems. In 1997 he joined Alcatel Telecom, Norway, to work on the planning and design of next generation broadband tactical communication systems based on the ATM technique.

Jens Hjelmstad received his MSc in electrical engineering from the Norwegian Technical University in 1979 and his Doctor Technicae from the same university in 1987. He is presently employed by the Ericsson Group working on business opportunities in the application of information systems. He also works as an adjunct professor at the Norwegian University of Science.

Reidar Skaug obtained a BSc in electrical and electronic engineering in 1972 from Heriot-Watt University, UK. He joined FFI in 1974 and has managed a large variety of projects in the field of telecommunication and information systems. In 1988 he was appointed Chief Scientist (later Director of Research) with responsibility for establishing new research areas in command and control, and process improvements in military organisations.