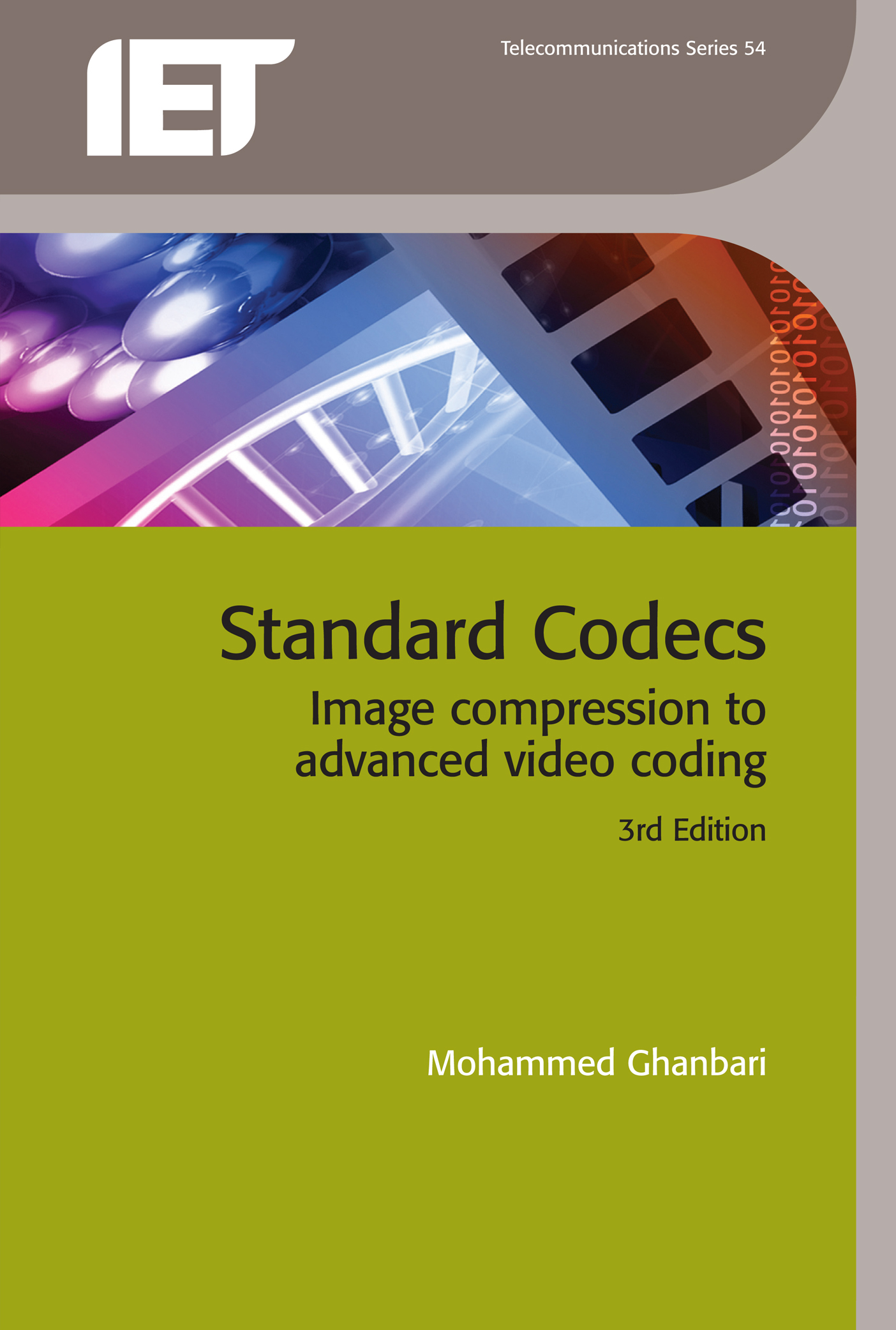 
A substantially updated edition of Video Coding: An introduction to standard codecs (IEE 1999, winner of IEE Rayleigh Award as the best book of 2000), this book discusses the growth of digital television technology, from image compression to advanced video coding. This third edition also includes the latest developments on H.264/MPEG-4 video coding and the scalability defined for this codec, which were not available at the time of the previous edition (IEE 2003). The book highlights the need for standardisation in processing static and moving images and extensively exploits the ITU and ISO/IEC standards defined in this field. The book gives an authoritative explanation of pictures and video coding algorithms, working from basic principles through to the advanced video compression systems now being developed. It discusses the reasons behind the introduction of a standard codec for a specific application and its chosen parameters. Each chapter is devoted to a standard video codec, and chapters are introduced in an evolutionary manner complementing the earlier chapters. This book will enable readers to appreciate the fundamentals needed to design a video codec for any given application and should prove a valuable resource for managers, engineers and researchers working in this field.

Mohammed Ghanbari is Professor of Video Networking at the University of Essex, UK. He is best known for pioneering work on two-layered video coding for ATM networks, now known as SNR scalability in standard video codecs. Prior to his academic career, Professor Ghanbari worked for 10 years in broadcasting. He has published more than 550 technical papers, registered for 11 patents and authored/co-authored five books on video networking, many of which have had a fundamental influence in this field. He has been Associate Editor to IEEE Transactions on Multimedia, is on the advisory board of Journal of Image Communication and has been guest editor of numerous special issues on video coding. He is a Fellow of both IEEE and IET, as well as a Chartered Engineer.