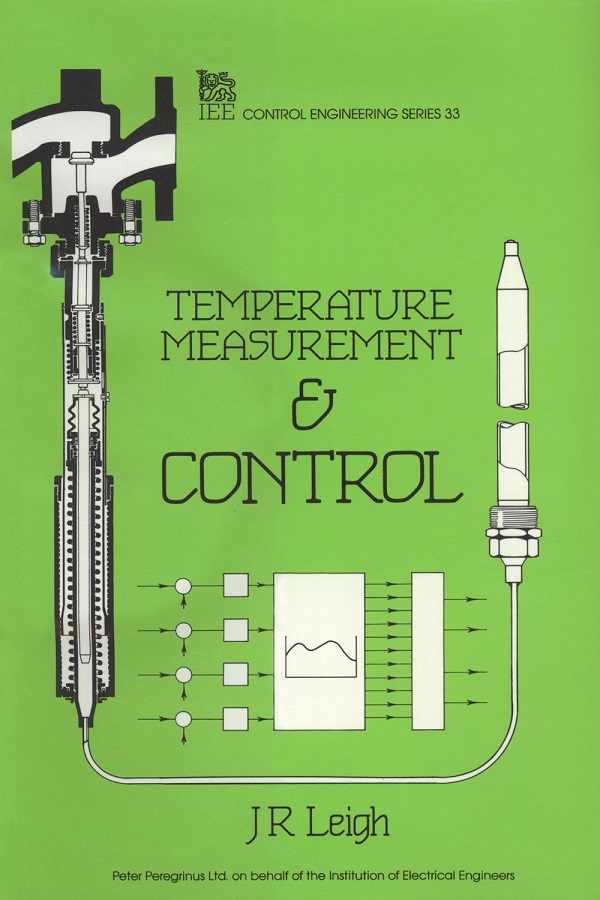 
The temperature on earth varies over a wide range whereas man can only work comfortably in a quite narrow temperature range that has to be artificially maintained. In addition, many industries have extensive requirements for temperature control. Thus control engineers are called upon very frequently to design temperature control loops.

The intention of this book is to treat the theory and practice of temperature measurement and control, and important related topics such as energy management and air pollution, at a level suitable for engineering and science undergraduate and postgraduate students, and in a manner designed to make the book valuable to practising engineers. There are no specific prerequisites for the book although a knowledge of elementary control theory could be useful.

The philosophy of the book is a compromise between fundamentals and practical guidelines. It is the author's firm belief that it is highly desirable to obtain a good insight into theoretical fundamentals (deeper than can be justified on grounds of immediate utility) before embarking on practical applications. The aim has been to produce a practically oriented text within a firm theoretical outline.

The first half of the book is an application oriented survey of temperature measurement techniques and devices. The second half is concerned mainly with temperature control in both simple and complex situations. There are chapters on heat sources, commercially available controllers, temperature control in buildings and energy conservation. The book ends with an appendix that rapidly surveys the underpinning thermodynamic theory.

Professor Leigh was educated at Sheffield City Grammar School, Sheffield College of Technology (Freshgate Scholarship Prizewinner) and at Cambridge and London Universities, from which he holds higher degrees in both Control Engineering and Pure Mathematics. He has worked in both small and large industrial organisations on the development and application of control systems. His last industrial post was Head of Control Systems Research in the Corporate Engineering Laboratory of the British Steel Corporation. In his current appointment as Post Above Reader in the Polytechnic of Central London, he is concerned with control theory and with industrial control applications. These interests are supported by consultancy on novel control applications, particularly in the biotechnological field. He is an editorial adviser on process control to the journal 'Process Engineering'.