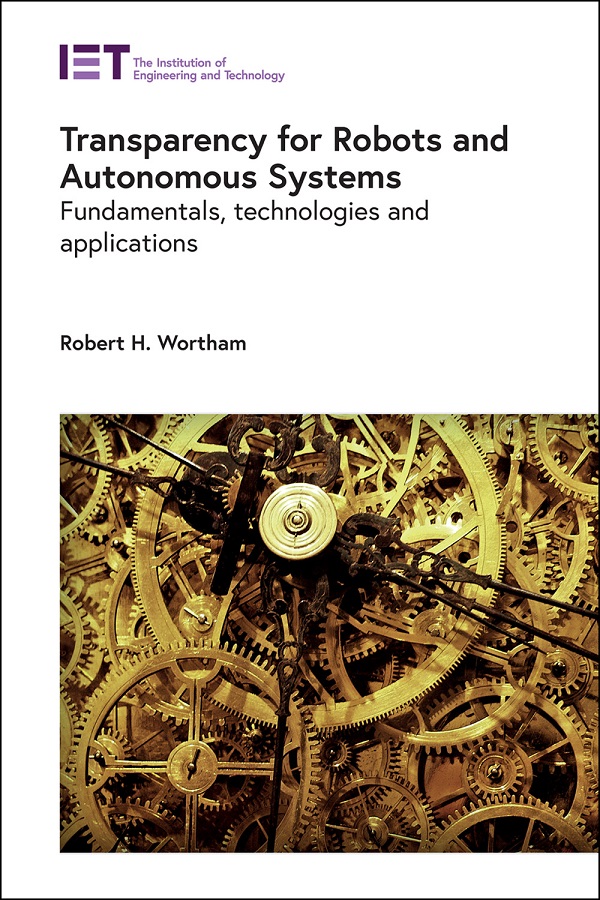 Transparency for Robots and Autonomous Systems


Based on scientific understanding and empirical evidence of how humans understand and interact with robotic and autonomous systems, the author reviews the concerns that have been raised around the deployment of AI and robots in human society, and the potential for disruption and harm. He explains why transparency ought to be a fundamental design consideration for Human Computer Interaction (HCI) and artificial intelligent systems. Starting with a survey of global research in the field and what transparency means in the wider context of trust, control and ethics, the author then introduces a transparent robot control architecture, and the impact of transparency using real-time displays. He presents a case study of a muttering robot, and covers current and upcoming standards for transparency, as well as future perspectives for the design, manufacture and operation of autonomous robotic systems.

This book provides key insights into transparency in robots and autonomous systems for industry, academic researchers and engineers working on intelligent autonomous system design, human robot interaction, AI, and machine ethics. It also offers points of interest for professionals developing governmental or organisational policies and standards for the design of intelligent autonomous and AI systems, and government and standard bodies working in the emerging applications of AI.

Robert H. Wortham is a Lecturer in Robotics and Autonomous Systems within the Electronic and Electrical Engineering Department at the University of Bath. He completed an M.Eng. in Electrical and Electronic Engineering at the University of Bath in 1986 and in 2018 also completed his PhD in Computer Science (Intelligent Systems) at Bath. Robert investigates how human natural intelligence (NI) interacts with AI and how engineers and designers can make the behaviour of AI systems more understandable through transparency. Robert studies both the risks and benefits of AI and how we can maximise the benefits of autonomous intelligent systems, whilst minimising the risks.

Previously, the Founder of RWA Ltd, a major international company developing IT systems for the leisure travel industry, Robert is a proven leader in the analysis, design and delivery of large and complex IT systems. Robert is also a Director and Treasurer of The Society for the Study of Artificial Intelligence and Simulation of Behaviour (AISB). He is a Chartered Engineer, Member of the IET and Fellow of the British Computer Society.