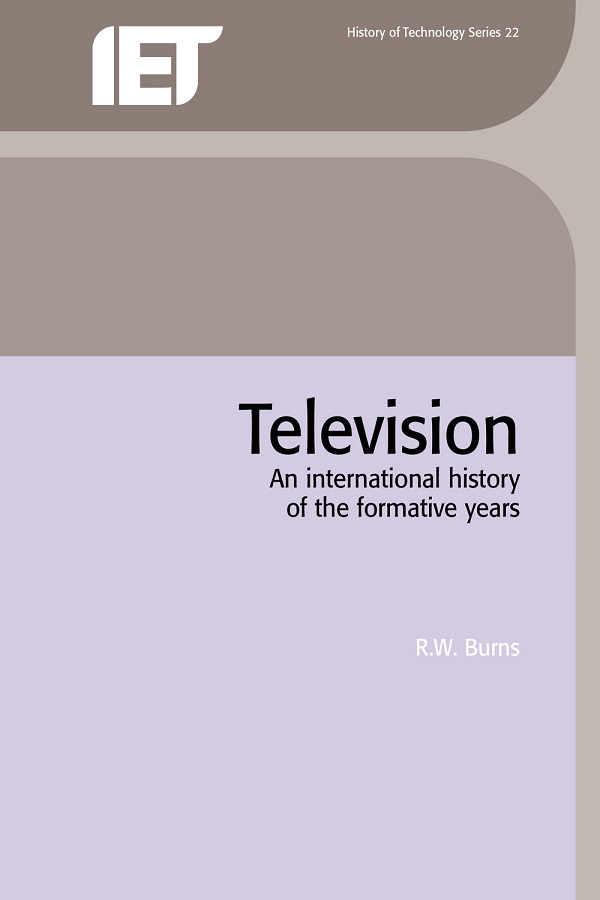 An international history of the formative years


From the first notions of 'seeing by electricity' in 1878, through the period of the first demonstration of rudimentary television in 1926 and up to 1940, when war brought the advance of the technology to a temporary halt, the development of television gathered about it a tremendous history. Following the discovery of the photo-conductive effect, numerous schemes for television were suggested but it was in the wake of Baird's early demonstrations that real industrial interest developed and the pace of progress increased. Much research and development work was undertaken in the UK, the US, Germany and France. By 1936 television technology had advanced to the point where high definition broadcasting was realistic.

This meticulous and deeply researched book presents a balanced and thorough international history of television from 1878 to 1940, considering the factors - technical, commercial and social - that influenced and led to the establishment of public services in many countries. Highly illustrated throughout, this is a major book in the study of history of science, technology and media.

Russell Burns graduated in 1948 with a first class honours degree in Physics. Following postgraduate research he joined the Royal Naval Scientific Service, subsequently going on to hold various appointments in higher education before retiring in 1986. Professor Burns has been researching and writing on the history of electrical engineering for more than 25 years. His publications include the definitive account of British television, the formative years (1986), Radar development to 1945 (1988), and more than 50 papers. The IEE's SET Divisional Board Premium was awarded to him in 1993, and he shared the Maxwell Premium in 1994. Professor Burns is a past chairman of the IEE's Archives Committee, and the IEE's Science Education and Technology Divisional Board. Professor Burns is a Fellow of the Institution of Electrical Engineers.