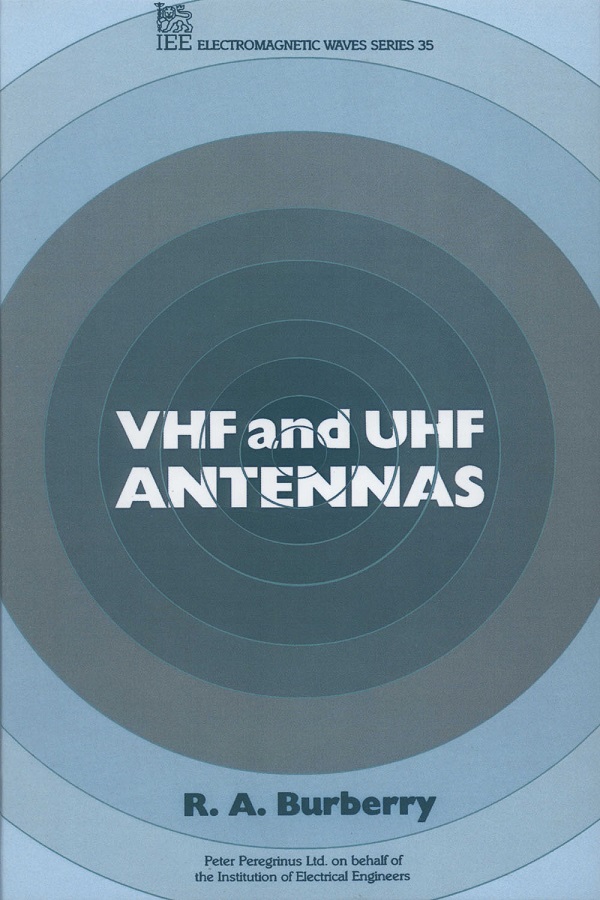 
This book describes VHF and UHF antennas for the range 30-3000 MHz developed over the last 50 years. Many designs that have not previously been described in detail are covered. The author's long, practical experience is shown in numerous examples of new uses for old designs.

Particular attention is paid to the effects on the antennas of the local environment and the structures on which they are mounted, both fixed and mobile, including man. Methods of predicting and measuring the performance of antennas are described at length. The effect of adverse environments on antennas are discussed, and suggestions are given for measruing electrical performance under these conditions.

The book is primarily aimed at practising antenna engineers - the theory of basic antennas is kept to a minimum but given where appropriate for the less well-known types.

After five years working on antennas at Telecommunications Research Establishment, the birthplace of radar, Allan Burberry moved to industry spending 41 years managing antenna design departments, first at Standards Telephones and then at British Aerospace. Since retiring in 1988 he has worked as a consultant. In all he has spent 50 years working on aerospace antennas and 20 years on antennas for land vehicles, from HF to microwaves, and he has put several hundred antenna types into series production.

An Associate Member of the royal Aeronautical Society, he has twice been a prize-winner for papers presented. For 15 years he was a member of an international committee on methods of measurement of antennas, and he has helped to organise IEE conferences on antennas as well as presenting a number of papers, and contributing a chapter to the celebrated IEE Handbook of Antenna Design. He is considered particularly to have been a pioneer in the development of notch, slot and small loop antennas and of bent-sleeve monopoles.