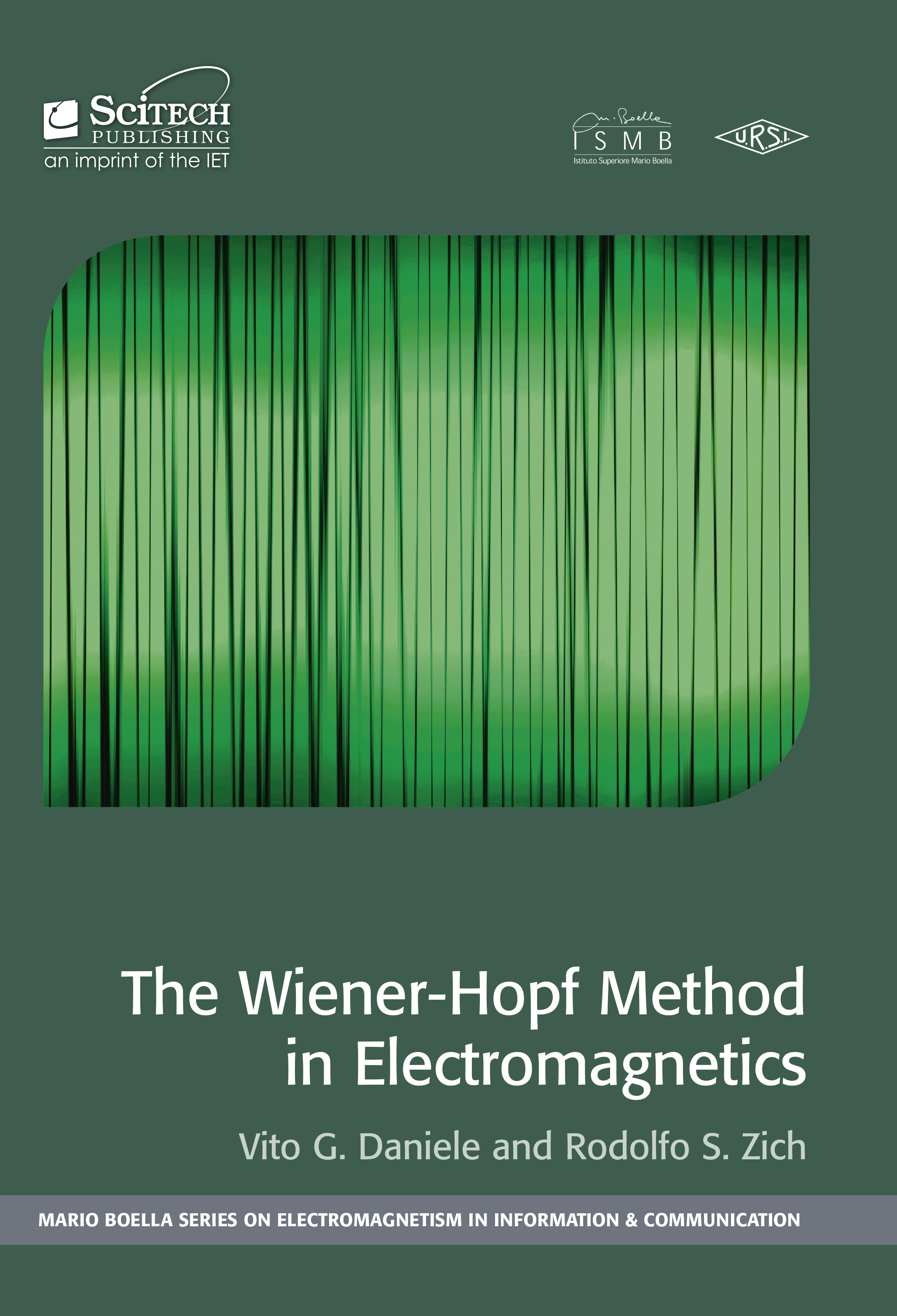 The Wiener-Hopf Method in Electromagnetics


This advanced research monograph is devoted to the Wiener-Hopf technique, a function-theoretic method that has found applications in a variety of fields, most notably in analytical studies of diffraction and scattering of waves. It provides a comprehensive treatment of the subject and covers the latest developments, illustrates the wide range of possible applications for this method, and includes an extensive outline of the most powerful analytical tool for the solution of diffraction problems.

This will be an invaluable compendium for scientists, engineers and applied mathematicians, and will serve as a benchmark reference in the field of theoretical electromagnetism for the foreseeable future.

Vito G. Daniele received his degree in Electronic Engineering from the Polytechnic of Turin, Italy, in 1966. From 1981 to 2012 he was a Full Professor of Electrical Engineering at the Polytechnic of Turin, and is presently a Senior Professor at the University and a corresponding member of the Academy of Sciences of Turin. His research interests are mainly in analytical and approximation methods for the evaluation of electromagnetic fields. He has published more than 150 papers in refereed journals and conference proceedings, as well as several book chapters. Prof. Daniele has been Chairman and invited speaker at several international symposia, a reviewer for many international journals and a Guest Editor of special issues. He has also been a consultant to various industries in Italy.

Rodolfo Zich received his degree in Electronic Engineering in 1962. From 1976 to 2010 he was a Full Professor of Electromagnetic Fields and Circuits at the Polytechnic of Turin, Italy where he served as Rector from 1987 to 2001. He is presently a Professor Emeritus and a national member of the Academy of Sciences of Turin. His research interests are mainly in analytical and approximation techniques for the evaluation of electromagnetic fields at high frequencies. He has extensive international experience in university management, as a member of the Board of Ecole Polytechnique de Paris (Palaiseau), President of Columbus, and President of CLUSTER. He has also been President of TiLab and INRIM. He founded the Istituto Superiore Mario Boella as a bridge between academic and industrial research.