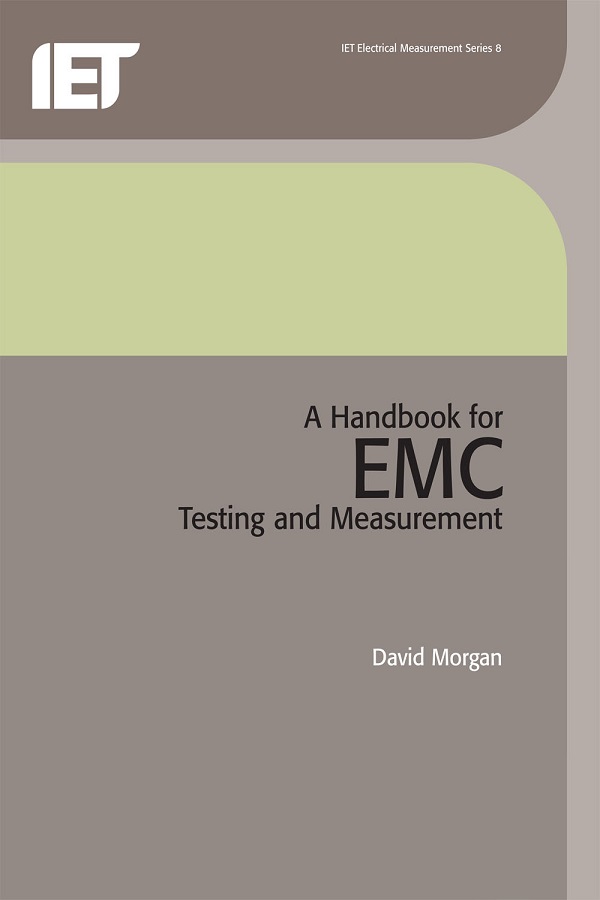 A Handbook for EMC Testing and Measurement


During the 1980s the worldwide interest in electromagnetic compatibility (EMC) grew rapidly with the introduction of legislation to control the growing interference problems generated by the increased use of electronic equipment in industry and in the home. The European directive harmonising EMC measurements gave particular impetus to manufacturers and importers of electrical and electronic equipment in Europe to understand EMC design techniques and verification procedures. This book explains how equipment can be verified by testing. It discusses the nature of EMC standards world wide and describes in detail testing methods and their conduct and accuracy. In addition to standard EMC testing, topics including electrostatic discharge, nuclear electromagnetic pulse and lightning are also discussed.

In the broad span of its subject matter, the interests of equipment manufacturers, EMC test engineers, project managers and company administrators are addressed. The testing of both military and commercial electronic equipment is covered. Particular emphasis is placed on the nature of EMC test equipment and how to use it to make reliable measurements.

David Morgan has degrees in Physics, Radio Astronomy and Plasma Physics and has been involved with the development of EMC design and testing in the United Kingdom since 1970. From 1973 he was concerned with the EMC design and testing of spacecraft, military hardware, automobiles, and industrial and commercial electronics. Having designed, built and obtained certification for one of the first EMC testing facilities in the United Kingdom to use computer control for automatic testing, the practical experience he gained has been the basis of this book.