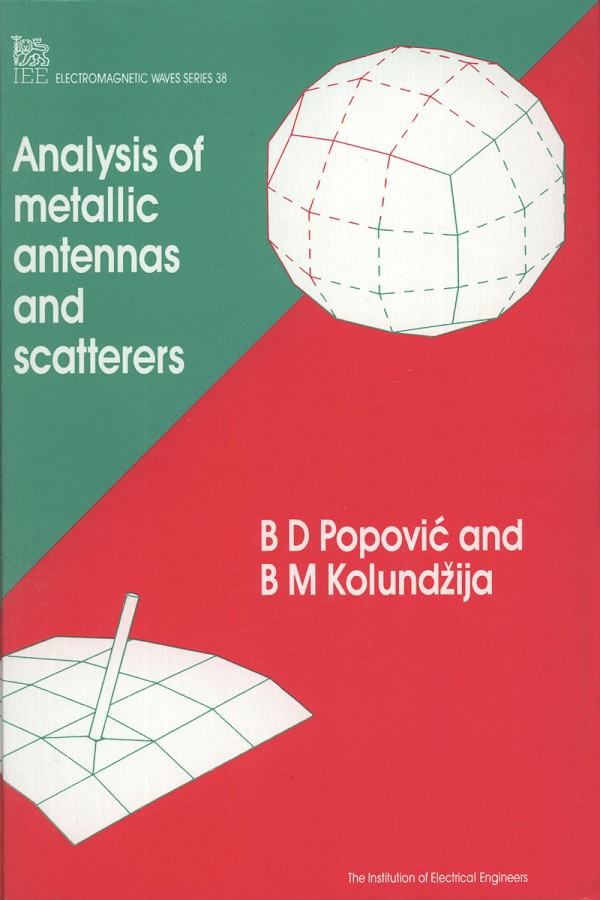 Analysis of Metallic Antennas and Scatterers


Most antennas are assembled from conducting surfaces and wires. The usual approach to numerical analysis of such structures is to approximate them by small surface or wire elements, with simple current approximation over the elements (the so-called subdomain approach), which requires a large amount of computer storage. This book describes a novel general entire-domain method for the analysis of metallic antennas and scatterers which enables the solution of a very wide class of problems to be obtained using computers of relatively modest capability.

Antenna-design engineers, scientists and graduate students interested in the analysis and design of electrically small and medium-sized metallic antennas and scatterers will find in this book a self-contained and extremely powerful tool that circumvents most difficulties encountered in other available methods.

Branko D. Popović is a Professor of Electrical Engineering at the University of Belgrade and an experienced antenna designer. He is a Fellow of the IEE and a member of the Serbian Academy of Sciences and Arts. He is the author or coauthor of numerous papers on antennas and applied electromagnetics, of several textbooks and of two monographs on the analysis and CAD of wire antennas. He was awarded the Heinrich Hertz Premium of the British IERE (1974), the James Clerk Maxwell Premium of the IEE (1985) and the Yugoslav Nikola Tesla Premium (1985).

Branko M. Kolundžija, a member of the IEEE, is an Assistant Professor of Electrical Engineering at the University of Belgrade. He is the author or coauthor of a number of papers on the analysis of wire and plate electromagnetic structures and of a number of projects dealing with the design of wire and related antennas.