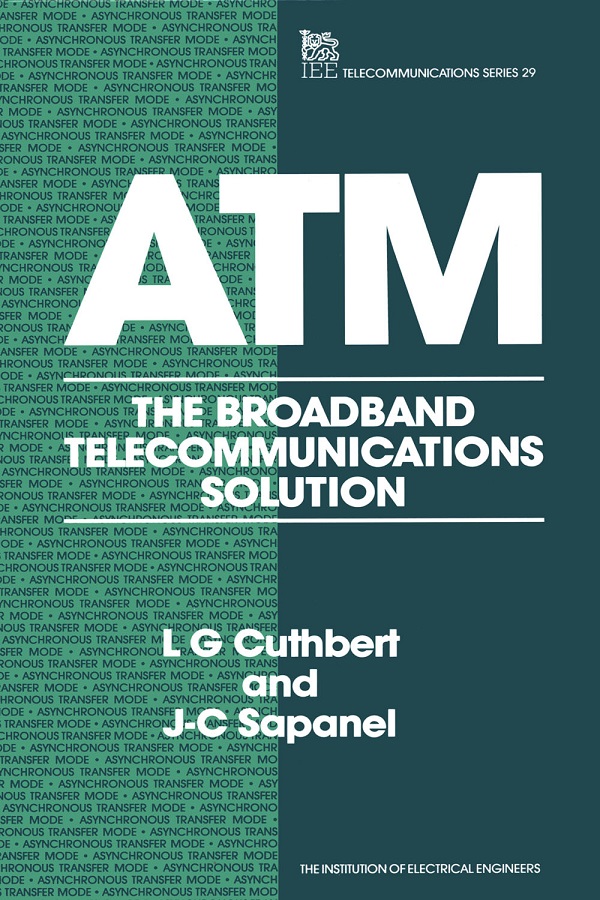 
Since ATM was identified by the CCITT in 1988 as the target transfer mode for broadband communications, there has been considerable research activity on the topic world-wide. Within Europe, the RACE programme of the European Community has brought together experts from a wide variety of organisations to work on several projects. This book results from the work of one of those projects.

Aimed at those interested in ATM generally, or those needing to understand the issues in designing or implementing broadband networks, the book draws on the results of the research project to present a description of ATM from a network point of view. Starting with the principles of ATM, it goes on to cover topics such as network performance, network structure, evolution and interworking. It also discusses more general issues including numbering, charging and the need for intelligence in the network. It concludes by explaining the current position on traffic engineering for broadband ATM networks.

Laurie Cuthbert is Professor of Electronic Engineering at Queen Mary and Westfield College, University of London. Leading the telecommunications research group at QMW, he has been an active participant in the European Community RACE programme since the start of the RACE 1 in 1988. From then until December 1992 he was a member of the project R1022 'Technology for ATD' with a special interest in the areas of network evolution and network planning for broadband ATM networks. In the period 1990-92 he led the group within R1022 working in that area.

Jean-Claude Sapanel is with France Telecom CNET in Lannion. He obtained his degree in Engineering from the Institut National des Sciences Appliquees in Rennes. He joined CNET in 1972 and he has worked in narrowband ISDN from its origins and more recently in broadband ISDN based on ATM. He is involved in the standardisation process in ETSI/NA5 as a reporter on network architecture and evolution and in CCITT SG XVIII on ATM matters. Since 1988 he has been active in defining network architecture for CNET and RACE projects.