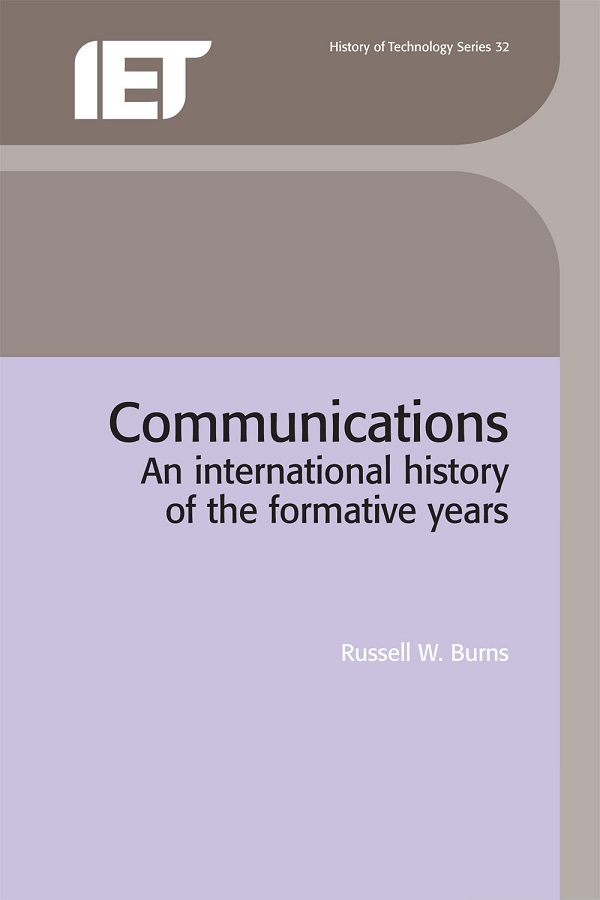 An international history of the formative years


Communications: An international history of the formative years traces the evolution of communications from 500 BC, when fire beacons were used for signalling, to the 1940s, when high definition television systems were developed for the entertainment, education and enlightenment of society. The book does not simply provide a chronicle of dates and events, nor is it a descriptive catalogue of devices and systems. Rather, it discusses the essential factors - technical, political, social, economic and general - that enabled the evolution of modern communications. The author has taken a contextual approach to show the influence of one discipline upon another, and the unfolding story has been widely illustrated with contemporary quotations, allowing the progress of communications to be seen from the perspective of the times and not from the standpoint of a later generation.

Russell W. Burns graduated from the University of Durham in 1948 with a first class honours degree in physics. Following post-graduate research he joined the Royal Naval Scientific Service in 1952. Professor Burns subsequently held various appointments in higher education in the UK and abroad, obtaining his PhD from the University of Leicester in 1976, and retired in 1989. He has been researching and writing on the history of electrical engineering for more than 30 years. He was awarded the IEE's SET Divisional Board Premium in 1993 and shared the Maxwell Premium in 1994. An IET Fellow, Professor Burns is a past chairman of the IEE's History of Technology professional group, Archives Committee and Science Education and Technology Divisional Board.