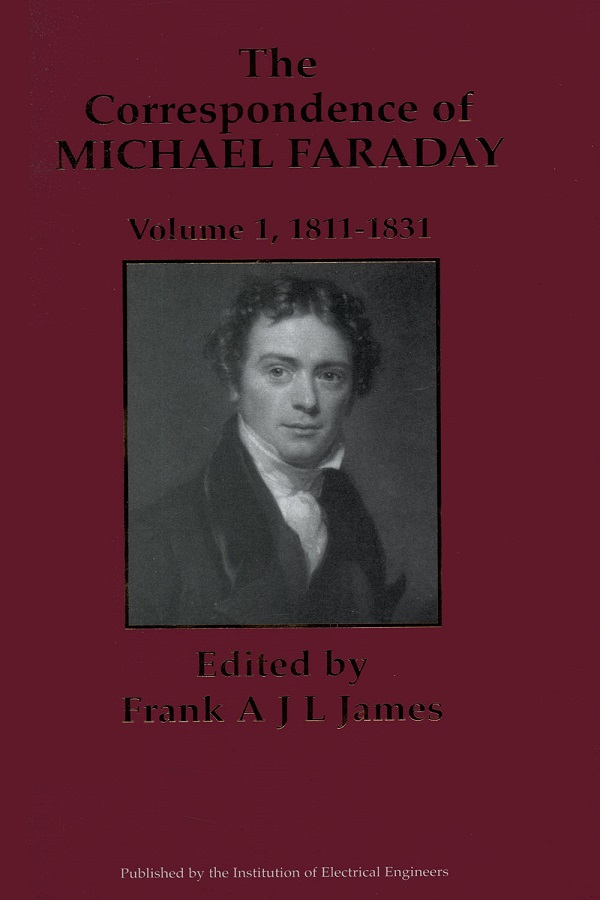 These and a whole host of other fundamental discoveries in physics and chemistry, together with his lecturing at the Royal Institution, his work for the state, his religious beliefs, his lack of mathematical ability, make Faraday one of the most fascinating scientists ever.

All the aspects of his life and work are reflected in his correspondence. Appropriately, volume one, which covers the years 1811-1831, was published in the year of the bicentenary of his birth. It contains correspondence (previously unpublished) not only with contemporary men of science (such as Davy Ampére and Herschel) but also with major figures in many other areas of early nineteenth century society.

The Correspondence is a valuable resource for historians, philosophers and sociologists of science, as well as historians of the nineteenth century and the industrial revolution. It will also be of great interest to electrical engineers, physicists and chemists who want to know more about one of the most eminent figures in the history.

Frank A.J.L. James is Professor in the History of Science at the Royal Institution. He has written on physics and chemistry in the nineteenth century and with Geoffrey Cantor and David Gooding has written the biography Michael Faraday (MacMillan / Humanities Press). He has edited a collection of essays on nineteenth century communications, Semaphores to Short Waves (RSIA) and with J V Field has written Science in Art (BSMS)on pictures in the National Gallery which have a scientific content. Most recently he has edited The Common Purpose of Life: Science and Society at the Royal Institution of Great Britain (Ashgate).

Frank James lives in London and is Married with three children.