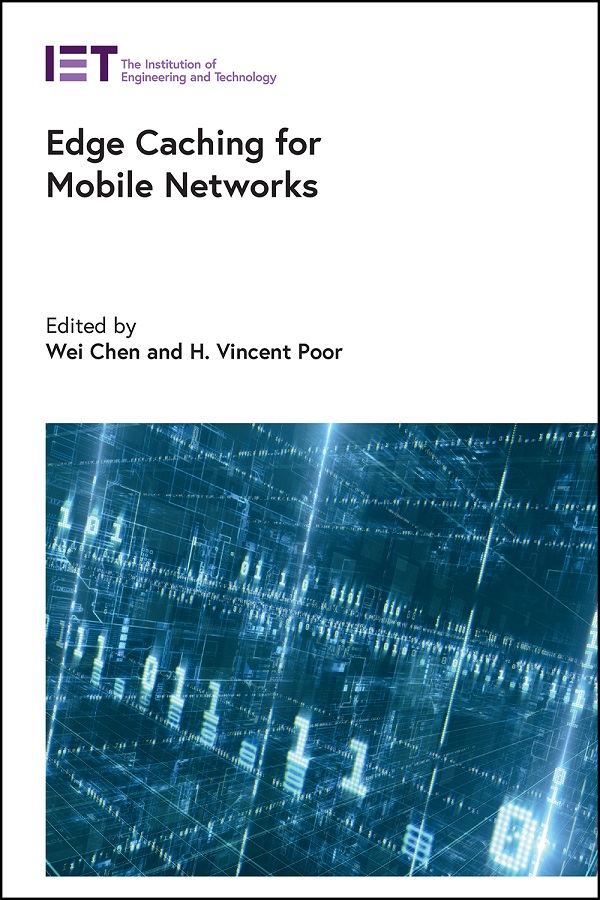 
Caching enables the storage of Internet-based content, including web objects, videos and software updates. When web objects are downloaded from the Internet or across wide-area-network (WAN) links, edge caching stores them at the edge of the network. Content can also be proactively cached at the edge based on its predicted popularity. When subsequent requests come for cached material, the content is quickly delivered from edge caching, without the need to download the data again over the WAN. The result is the ability to help save bandwidth, particularly at times of peak network load, increase content delivery, and provide users with a faster and better network experience.

In this comprehensive edited book, the editors and authors introduce edge caching in mobile networks from a fundamental perspective and discuss its role in saving bandwidth and reducing latency over wireless channels. Many physical layer models and techniques, including interference alignment and beamforming are considered, as well as recent advances on intelligent and proactive communication systems capable of recommending content to users to improve quality of experience and spectral efficiency.

The book provides systematic and thorough coverage of edge caching for mobile networks for an audience of researchers, engineers and scientists from academia and industry working in the fields of information and communication technology, data science and AI.

Wei Chen is a tenured Full Professor and a university council member at Tsinghua University as well as a standing committee member of the All-China Youth Federation and the secretary-general of its education board. He has been supported by the national program for special support for eminent professionals and the Cheung Kong young scholar program. He received the IEEE Marconi Prize Paper Award, the IEEE Comsoc Asia Pacific Board Best Young Researcher Award, the National May 1st Labor Medal, and the China Youth May 4th Medal. He received his Ph.D. Degree with the highest honor from Tsinghua University, China.

H. Vincent Poor is the Michael Henry Strater University Professor of Electrical Engineering and former Dean of the School of Engineering and Applied Science at Princeton University, USA. His research interests are in the areas of information theory, machine learning and network science, and their applications in wireless communications, energy systems and related fields. A Fellow of the IEEE and the IET, Vince is also a member of the U.S. National Academy of Engineering and the U.S. National Academy of Sciences, a Foreign Member of the Royal Society and an International Fellow of the Royal Academy of Engineering. He received a Guggenheim Fellowship in 2002, and the IEEE Education Medal in 2005. Recent recognition of his work includes the 2017 IEEE Alexander Graham Bell Medal and the 2019 ASEE Benjamin Garver Lamme Award. He holds a Ph.D. Degree in EECS from Princeton University.